Book Review: Wendy Garling’s The Woman Who Raised the Buddha

We’re in an era where women’s voices are returning in many traditions and cultures, speaking to us from the past with sacred intelligence that can help bring needed transformation to today’s troubled world. Perhaps we’re only just ready to hear these ancient female voices anew, as patriarchy’s fields lay fallow and seeds of the sacred feminine return with the promise of new life. Perhaps these hidden stories are reemerging because they are ripe for our time. (189)

When compelled to imagine what it means to attain enlightenment, it is not uncommon for people to bring to mind Shakyamuni Buddha sitting by the Bodhi tree. But what if there were another figure in the Buddha’s life, a female figure who was central not only to the Buddha’s upbringing, but also to the very achievement that has inspired Buddhist disciples for millennia? Enter Mahaprajapati, queen of the Shakya republic, wife of the Buddha’s father, and initiator of the order of nuns. As his biological aunt and adoptive mother, Mahaprajapati played a significant role in the Buddha’s life: a headstrong spiritual practitioner who surmounted the countless obstacles of an entrenched patriarchal society, her role in the foundation of Buddhism is undeniable. This is what Sanskrit scholar and Buddhist practitioner Wendy Garling argues in her new book The Woman Who Raised the Buddha: The Extraordinary Life of Mahaprajapati (Shambhala 2021). Building on the themes of her previous book Stars at Dawn (Shambhala 2016), in which she explored the narratives of key female figures in the Buddha’s life, Garling now turns her full attention to his adoptive mother Mahaprajapati. Drawing from translations of the women’s ordination story across Pali, Sanskrit, Tibetan, and Chinese sources, as well as noncanonical accounts from the Sinhala and Burmese traditions, Garling invites the reader to embark on a journey of reimagining the extraordinary life of a woman who attained enlightenment in her own right.

That Mahaprajapati’s life is largely forgotten in the Buddhist canon is not surprising; it is common among many world cultures for women to be marginalized and even erased in historical accounts. Garling doesn’t shy away from highlighting the centuries of misogyny that kept these precious stories from us. Like the other female personalities in Buddhist history, Mahaprajapati was relegated to the sidelines by the male monastics who took control of the Buddha’s legacy after his death. The result has been devastating; not only are women’s significant contributions to early Buddhism erased, but the countless female voices and experiences that would have colored these tales are also gone.

Take, for example, the Buddha’s birth: according to Garling, Mahaprajapati does not feature in any of the well-known Buddhist texts that depict this significant event. Yet it is unthinkable that Mahaprajapati, who was the sister of the Buddha’s biological mother, Maya, and who lived in the same quarters as Maya, would not have been present during the birth. Ingeniously, Garling points to artwork across various Buddhist cultures that tell a different story.

We find in these samples what the literature mostly forgot: Mahapraja-pati was remembered by early Buddhist populations as a loving presence and key participant at the Buddha’s birth. Iconographic evidence elevates her role at this extraordinarily important event and arguably points to historical accuracy. (45–46)

Mahaprajapati was not only present at the Buddha’s birth, but she suckled and raised him following the death of her sister, thereby contributing to his journey from childhood to adulthood. She also led the women in the king’s harem and was greatly revered as the queen of the Shakya republic. Later in life, when the Buddha returned to his kingdom, Mahaprajapati was the first laywoman to hear his sermon, and she subsequently advocated fiercely for women’s equal right to ordination.

In her effort to reinstate this herstory, Garling asserts that the Buddha himself was absolutely in favor of women’s ordination. She argues, however, that he had to tread carefully because it was imperative for his teachings to thrive in a cultural era that viewed women as second-class citizens.

[The] Buddha declared his intention of establishing a fourfold assembly shortly after his enlightenment, thus making a women’s monastic order not only inevitable but essential to his lifelong mission. Unfortunately, the Buddha only shared that plan with Mara. If it had been public knowledge, how much easier the women’s path to ordination might have been! It certainly might have helped keep misogynist attitudes at bay in the men who would obstruct their path. In contrast, the monastic and lay orders formed easily for men, while women met with obstacles almost every step of the way. (133) 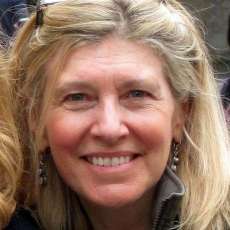 As Garling points out, the question of women’s ordination remains highly controversial today, and it is for this reason that Mahaprajapati’s story is so important. Although she existed in a completely different era, the trials and tribulations that she and her female counterparts underwent continue to reverberate to this day.

By reconstructing Mahaprajapati’s life, Garling introduces us to a network of women who sought deeper connections with each other and their communities; women who were brave, intelligent, and flawed, who experienced joy and suffering, and who rallied together to fight for their rightful place in both the physical world and in the spiritual realm. The result is captivating, and Garling’s storytelling qualities make this book a real pleasure to read.

Anchored in Strength and Compassion: Stories that Transform
Women in Buddhism: Breaking Gender Stereotypes
Integrating Dharma Practice in Spanish: An Interview with Venerable Dhammadīpa Samaneri
Acknowledging Anger and Developing Compassion
The Fiction of the Self: Ruth Ozeki
Buddhistdoor View: Supporting the Ordination of Theravada Bhikkhunis
Reflections from the 14th Sakyadhita International Conference: Nurturing the Theravada Bhikkhuni Sangha
From Hearts to Hearts: An Interview with Ven. Dhammananda Bhikkhuni
The Patriarchal Legacy of Maya’s Death