James Sanford and his colleagues in their wonderful volume Flowing Traces (Sanford et al 1992, p.3) point out that “Buddhism’s beginnings in Japan had the arts at their center. Ever since that time . . . it has proven difficult—some might say impossible—for the Japanese to conceive of Buddhism except in conjunction with concrete aesthetic embodiments.” So, in the Japanese context it is hardly possible to say that art cannot be a “practice” in the Buddhist religious sense. However, whether all art is so is another question and although there are strong traditions of religious art and religious writing in the West, the last few centuries have seen the emergence of distinctly secular forms of aesthetics and this raises complex questions on the meaning of “religion” and that of “art.” In East and West alike, art and religion seem to spring from the same or closely associated roots, but the later bifurcation from that source throws into question issues about how the human spirit is expressed and what this means. 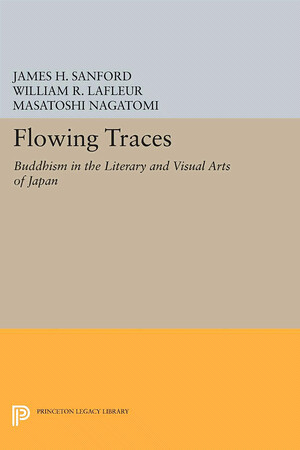 In Part One, we saw that a poem that appears prosaic at first glance may make the reader undertake a deal of spiritual work. Is it not a mark of truly creative prose and poetry that it makes one do such work and is that not also what the Dharma is about? In one sense, this means that such poetry can be regarded as “skillful means” in the sense spoken of in the Lotus Sutra. However, it is, perhaps, also the case that good literature achieves something similar even when there has been no conscious intent toward such an end on the part of the writer.

Artists of many kinds are often substantially unconscious of what they are doing. There are some artists who can talk at length about the reasoning behind their work, but in many instances this is not the case. The author of a fiction novel, when asked how the story evolved, may say, “Well, that was just what the characters did.” In other words, having “created” characters, it seemed, as he or she wrote, that it was the characters themselves who were evolving the plot. Novels written in this manner may reveal a great deal about human nature and the human condition. The action of the artistic “muse” comes like a visitation or “other-power.” The writer may not know if the muse in question is a Buddha or not.

It seems, therefore, that creative writing can be a “practice” in the Buddhist sense of the term in that it involves a surrender of self. The artist is a channel. Both artist and audience learn through the process. Insights come. Transformations occur. Light enters the world. One does not need to preach, nor pontificate in order to convey something of profound human importance. To investigate real life and transcend its trials is surely an important part of what the Dharma is and what it is for. Art differs from decoration in that where decoration displays what everybody already knows as beautiful to enhance a primary subject, art both stands on its own feet and invites a transformation of some kind in our perception of the world around us. Some such transformations may be Dharmic and some may not, but it is not necessarily within the power of the artist to control this. Much is also in the eye of the beholder.

When the fundamental motive is self-advertisement, then we can be fairly confident that the “art” in question is not the Dharma, but, then, in that case, it is probably not really art either. Here we perhaps have a clue not just to whether creating art can be a Dharma practice, but also to the nature of real art. In the modern world, the true spirit of art may have been much corrupted by commercialism, competition, and self-seeking. The existence of a plethora of such pseudo-art, however, need not distract us.

Can we assert that a true artist is, necessarily, in some way or other, pursuing their spiritual path? By no means have all artists lived virtuous lives and it sometimes seems that it is almost necessary for an artist to take exceptional risks with life that sometimes lead them onto unconventional pathways. Therefore, if one’s view of the Dharma is narrow, strict, or moralistic, then probably one has to say that creative art is largely excluded. However, this is surely not the only possibility.

A great writer, like William Shakespeare, can put in play a diversity of lives all in interaction with one another. Few of Shakespeare’s characters are moral paragons, but they are supremely human and tell us much about ourselves in a way that more idealizing texts cannot. They are a mirror for the world. Shakespeare must have had considerable empathy to produce such work. Similar considerations would apply to Chaucer. Shakespeare and Chaucer are the two great founding figures of poetry in the English language. The strongest claim that we could make would be that creative writing is always and inevitably a Dharmic process, but this seems too extreme. Some writing may be done with a deliberate intention to corrupt. The strongest claim on the opposite side would be that creative writing can never be Dharmic, but this, I think, we have already refuted. That poetry writing can express the Dharma life and can express Dharmic understandings is clear. Buddha himself was such a versifier. In my own view, the writing of poetry is a discipline that is often spiritually elevating even when those engaged in it have no conscious intention of it being so. It is, therefore, a skillful means even beyond any conscious contrivance.

A cross fertilization of the Western aesthetic tradition and the Eastern wisdom traditions may well lead to a spiritual flourishing that can be to the benefit of both. I would like to encourage Dharma practitioners to write more and to write more freely. It is important not to confine oneself within the tramlines of one’s existing idea of what is Dharmic and what is not. We are all finding out and the Western approach to creative writing is exactly that—a means of investigation. If one’s broad intent is wholesome, then freer exploration is likely to bring one into contact with life in new ways and this can only be for the good.