“Shojin (soul cleansing) ryori (cooking) is a traditional, yet modern—or even futuristic—Japanese vegetarian cuisine worthy of boasting about to the outside world. The Shojin Foundation aims to become the center for proliferating and advocating the art and spirit of shojin ryori,” says Toshio Tanahashi.

I first approached Toshio Tanahashi to interview him on shojin ryori as a cuisine and philosophy and on his background as an esteemed global chef. Through the interview with him and his apprentice and translator Neal Somchand, I learned about his idea for a foundation where people from all over the world could come and learn about this ancient Buddhist temple cuisine, which has pertinent relevance to our contemporary world situation. 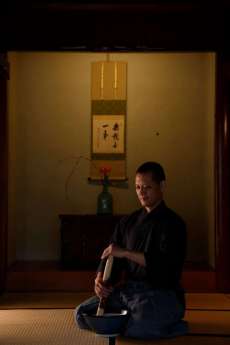 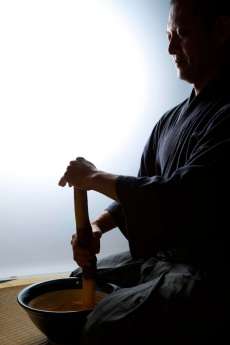 Sustainability is a central focus today, as we feel an increased urgency to assess our relationship with the environment and our patterns of consumption. Tanahashi works from the belief that, “Shojin ryoriʼs philosophy and technique, although less well known outside of Japan, can play a major role in solving a multitude of todayʼs problems: threats to fundamental elements of our well-being such as health, environment, family, community, children’s diets, women’s education, food safety (such as false labeling), and so on.”

General interest in plant-based diets has been rapidly rising in recent years. In line with this shift, as well as in response to the very specific problems we face today, Tanahashi feels that this is precisely the time to bring the knowledge and teaching of shojin ryori to a more prominent and communal platform.

In developing the concept for the Shojin Foundation, elements of place, geography, community, and location are foremost priorities. The vision is to establish the foundation in a suitable location that will allow it to serve, as Tanahashi puts it, “as a lasting legacy for humankind in sync with an idyllic location.” In doing so, the belief is that the center can offer solutions to a number of problems that humanity currently faces. The world of shojin is a spiritually rich realm, with aspects connecting to history, philosophy, health, ingredients, and food preparation, as well as spiritual practice. Shojin cuisine eschews the use of electrical appliances—all of the work is done by hand. Tanahashi notes that, “This simple process of taking the time and facing the ingredients directly allows inner growth of the soul and possibly the eventual salvation of society as a whole.”

Tanahashi’s motivation stems from a core belief that: “We have an obligation to convey the art of shojin to future generations,” in an effort to pass down the philosophy of this ancient Buddhist temple cuisine that reveres the natural ingredients of the Earth. The philosophy and cuisine also place focus on the spiritual and essential aspects of mindful preparation.

Tanahashi emphasizes that the foundation is not only a place for learning about the food preparation of shojin, but also so much more. “We shall advocate a total lifestyle centered around shojin ryori, which is based on the Zen way of thinking—a philosophy with unlimited possibilities. Empowering people through learning about vegetables, educating people about vegetables and shojin ryori so that they become someone who can do good to the world, enlightening the whole community through healthy ways of shojin ryori—the possibilities are limitless. Cooking then becomes ascetic training. It becomes joy. It becomes life itself.” The location of the future foundation is important in that there will be a close interaction with the local culture as well. “The roots of a cuisine are correlated with agriculture, religion, and the arts of the people,” Tanahashi notes. The placement of the foundation will have bearing on the ingredients used through the seasons, relationships with local farms and local community interaction, as well as creating a place where people from all over the world will seek to come to learn about shojin cuisine.

“We are witnessing a boom in health-conscious eating on a worldwide scale and this boom has spawned enormous interest in vegetarian, vegan, fruitarian, raw food, macrobiotic, and gluten-free, among other eating styles,” Tanahashi remarks. “I have no doubt that now is the perfect time for shojin ryori, which is regarded as an influential predecessor of the aforementioned movements and will be recognized as such throughout the world.”

Annika Lundkvist is a photographer and writer from the United States currently based in Scandinavia. She became interested in the Buddhist teachings, architecture, and space after a road trip in 1999 to Nechung Dorje Drayang Ling (Wood Valley Temple) on Big Island (Hawaii). She has previously researched and written on Vajrayana design and space in New York State and seeks to explore and document more Buddhist architecture and design. She is also exploring the lessons and challenges of combining Buddhism and parenthood, including the often humorous but precarious balance of mothering young children and creating time for practice. As a writer and photographer, Annika is committed to using her crafts to contribute to the expanding field of Buddhist journalism. Her monkey mind is still in training. More of her work can be found at Pacific Roots Magazine.

No Easy Answers: Gesshin Claire Greenwood on Zen Life, Capitalism, and Feminism
The Way of Ordinary Life: An Interview with Karen Maezen Miller
Wonderwell Mountain Refuge—A Flowering of Buddhism in America
A Vow Without a Wristwatch: Jan Chozen Bays