Buddhistdoor View: Israel and Palestine – A Buddhist Path to Peace A building housing AP and other media outlets is destroyed by the Israeli military on 15 May. From apnews.com

As violence erupts once again between Israelis and Palestinians, voices around the world seek to frame the conflict. “Israel has a right to defend itself,” says US President Joe Biden, repeating virtually identical language from past American presidents. In the relatively short existence of Israel as a modern state, founded in May 1948, the state and the global Jewish community for whom it was created have always been the principal subjects of any discussion, while the Palestinians displaced by its creation and expansion have always been the “other.”

Once a person or category of people is made into a faceless “other,” they are easily and quickly demonized. This was recognized by Palestinian academic Edward Said in his noting that: “Everyone knows that to try to say something in the mainstream Western media that is critical of US policy or Israel is extremely difficult; conversely, to say things that are hostile to the Arabs as a people and culture, or Islam as a religion, is laughably easy.” (Slate) 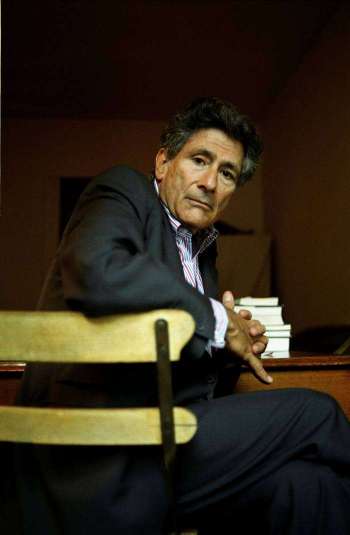 This is not without historical causes. The Western world’s discourse around Israel centers on the state’s power as a lasting and secure place of salvation for the Jewish people—people who had just endured one of humanities most horrific periods, the Shoah or Holocaust. In fact, the Jewish people have long been unfairly discriminated against and violently targeted. This is a history that cannot be forgotten, as the remnants of anti-Semitism remain and must be opposed wherever they arise.

And yet this discourse leaves out another people whose lives have been profoundly impacted by the creation of Israel and whose lives are being wiped out each day by the massive Israeli military: the Palestinians.

Today, more than 135 United Nations (UN) member countries recognize Palestine as an independent state, much of it occupied by Israel with “no legal validity,” according to UN Security Council Resolution 2334. However, Israel and several other countries including the US do not recognize the statehood of Palestine. This further silences and erases a people who live in the shadow of a nuclear power and in a region long filled with instability and conflict.

We as a global society have clung so tightly to the creation narrative of Israel that we erase whole lives of human beings affected by the mechanisms of the state. “Israel has a right to defend itself.” Yes. But against what? And to what extent? At the time of writing, Israeli military air strikes had killed at least 227 people, including 64 Palestinian children. They had destroyed 1,000 homes and left 75,000 people homeless or displaced. Clean water is in some places difficult to find and even food has become an uncertainty for some Palestinians. Israel has no right to kill children. No nation has such a right.

Our narrative must expand to see the Palestinians as they are: fellow human beings deserving of safety, care, and opportunity. As Buddhists anywhere in the world, we can see both Israelis and Palestinians as our neighbors. Laurie Zoloth, a religious scholar and bioethicist from the University of Chicago’s Divinity School reminds us: “We have an obligation to our neighbor. Not only because it’s in our interests, but because it’s the right thing to do, the ethical thing to do.” (Vox)

Hey fellow beloved Jews. If the reason you aren’t speaking up about Israel’s repression of Palestinians is because you are afraid of the social repercussions, I’ll just say not being authentic and honest when you see injustice will hurt you more in the long term. . . . When we don’t speak up, we dehumanize ourself in the process of dehumanizing Palestinians. You are not alone as a Jew seeing the horror for what it is. There are thousands of other Jews standing with you. (Twitter)

Hey fellow beloved Jews. If the reason you aren’t speaking up about Israel’s repression of Palestinians is because you are afraid of the social repercussions, I’ll just say not being authentic and honest when you see injustice will hurt you more in the long term.

This points to another dimension of the conflict that we erase when we only see the dominant narrative: many Jews are deeply troubled by Israel’s treatment of their Palestinian neighbors. Too often the discussion is framed as Jews against Palestinians or Jews against Muslims or Arabs. All of these are problematic for a number of reasons, but none more so than the fact that the Israeli state is not the Jewish people who live across a broad spectrum of political views as well as religious practices and beliefs.

The more that we are able to see this blurring of boundaries and increase in complexity, the easier it is to see the humanity and the human lives of those involved. Anglo-Irish Buddhist teacher Thanissara said just this in her reflections on the topic in 2016:

The Israel-Palestine dynamic is a hot, divisive, complex, and loaded issue, even to mention, never mind negotiate. Most people shrug and conclude that it’d likely be easier to configure the Rubik’s Cube blindfolded than try and reconfigure the Middle East in alignment with a just and collaborative solution. Yet, all conflicts tend to come down to simple, common themes, which is why, even though ideal solutions remain illusive, middle ground can be gained through the recognition of our shared human suffering and aspirations. (Thanissara Dharma)

A middle ground here might require us to let go of old narratives and fixed identities, to realize the complexity of human lives in the region and the immense power disparities existing in current conflicts. As has been seen in the US in recent years, it can take immense effort to get people to break away from old narratives to see that Black lives matter and that, as a society, Americans have not honored that truth. As Americans must address this inequality, Israeli’s must address their unequal treatment of Palestinians, and the same goes for dominant groups in societies around the world. There is suffering. There is work to be done. May we be the ones to do it.

As with all things rooted in a long history of actions (karma), it is unlikely that any solution will be either quick or complete. As Buddhistdoor Global regular contributor Sensei Alex Kakuyo tells us, it helps to maintain realistic expectations.

How Black Lives Matter Changed the American Conversation About Israel and Palestine (Slate)
Palestine (History.com)
The Question of Palestine (United Nations)
How can we make it right? What the world’s religions have to say about justice (Vox)
A Buddhist Response to The Israeli-Palestinian Conflict (Thanissara Dharma)

Doing Something Frightening
Is This Buddhism? The Oneness of Spiritual Liberation and Social Justice
Buddhistdoor View: Beyond Boundaries, Beyond Fear – Responding to a Rise in Hate
Doing Conflict Better
Buddhistdoor View: Palestine and Israel