Spirituality as the Transformation of Daily Life: Living Buddhism in 21st Century Japan A 2008 article in The New York Times asked the provocative question whether Buddhism in Japan “may be dying out” (Onishi 2008). Unlike other, frequent claims that Japanese people are not “religious,” this article did not address the general sense on the part of many Japanese that Buddhist or Shinto practices and activities are cultural rather than religious in nature, or the feeling that the concept of “religion” is a foreign import and hence a foreign category involving a specific set of beliefs and attitudes that hold sway abroad but are irrelevant in Japan. Nor did it evoke the general unease regarding religion that has been palpable in the country since the sarin attack committed by members of Aum Shinrikyo in 1995. Rather, the article was based on interviews with Buddhist priests in Japan who lamented the fact that temples were losing members and that “funeral Buddhism” (see my previous articles for Buddhistdoor under “See more” below) and even traditional forms of Buddhist practice such as seated meditation (zazen) and mandala visualization no longer seemed viable or able to motivate the majority of Japanese.

The observation that many Buddhist temples in Japan are struggling and that many younger Japanese are disenchanted with Buddhism in particular and with religion in general is certainly correct. Vens. Fujita Issho and Yamashita Ryodo voiced a similar sentiment when they appealed in their 2013 monograph that Buddhism should be “updated” (Fujita and Yamashita 2013). However, not only can the declining membership of temples be attributed to a general ageing of the Japanese population and to changes in the economic structure and culture in Japan overall, but there is a perceptible increase in new forms of spirituality and religiously motivated activities in Japan, as if the Japanese people had anticipated Fujita and Yamashita’s appeal and then taken it to heart. Kannon Bodhisattva as mother in front of Kinsho-ji. Photo by the author

Anyone familiar with the religious landscape of Japan has witnessed new forms of religious activity and a rediscovery as well as transformation of the Buddhist tradition, developments that can be divided into five categories: 1) rituals designed to meet specific needs, such as the mizuko kuyo ritual to mourn aborted fetuses and stillborn children, and animal memorial rites; 2) relief programs, especially in response to the 3/11 tsunami and nuclear disaster; 3) a whole plethora of pilgrimages, which are popularized in books and magazines; 4) outreach programs, ranging from social intervention programs to contemporary forms of spiritual counseling; and 5) pop-culture icons and TV personalities, who have given Buddhism a much higher profile, such as Ven. Seto’uchi Jakucho. 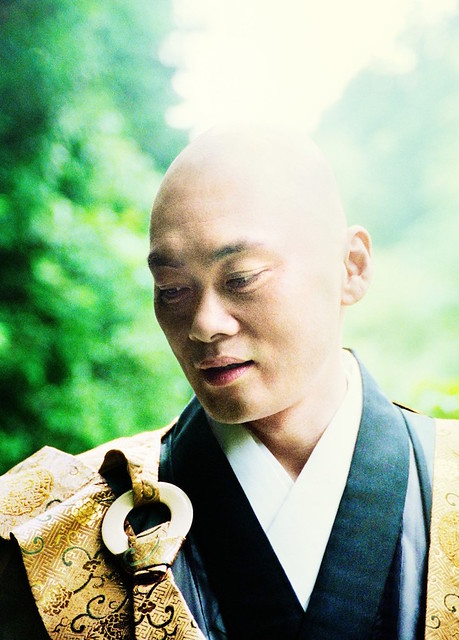 What has received less attention, however, are new Buddhist outreach programs as well as pilgrimages that are not associated with famous cultural icons, such as Kobo Daishi (aka Kukai; 774–835), the founder of the Shingon school, or the Haiku poet, Basho (1644–94). Examples are the pilgrimage of the 34 temples of Kannon (Skt. Avalokiteshvara, the Bodhisattva of Compassion) in Chichibu, Saitama Prefecture; Ven. Ittetsu Nemoto’s suicide prevention program; and the Vowz Buddhist Bar in Tokyo. The pilgrimage in Chichibu has been rediscovered in the general pilgrimage boom that can be seen in Japan today, while the Vowz Buddhist Bar is designed to introduce its patrons to the Dharma through casual conversations and chants.

At first, the work of Ven. Nemoto and the monastics working in the Vowz Buddhist Bar would seem to be in conflict with the Five Precepts and the traditional lifestyle and focus of Buddhist monasticism. However, both activities have their antecedents in the bodhisattva ideal as envisioned in the Vimalakirti Nirdesha Sutra, which explains that bodhisattvas become medicine for the sick and food for the hungry, and as evoked by so-called “crazy monks” such as Jigong (1130–1207) and Ikkyu (1394–1481), who broke the precepts in their attempt to liberate all sentient beings. In some sense, the Buddhist outreach programs of Ven. Nemoto and the Vowz Buddhist Bar are expressions of “engaged Buddhism,” that is, a Buddhist-motivated form of social activism designed to protect and empower the members of a socially disenfranchised group in society. 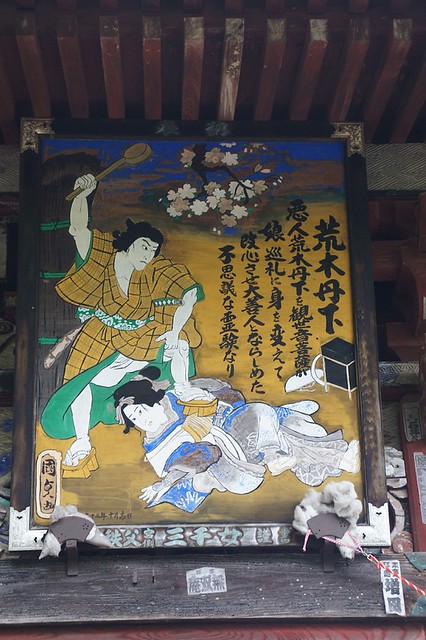 Relief on the left side of Kinsho-ji depicting a story in which Kannon
took female form to change the heart of Aragi Tange, an abuser of
women. Photo by the author

What makes the Chichibu pilgrimage especially interesting is that temples three (Josen-ji) and four (Kinsho-ji) in particular are dedicated to the protection of women from injustice and violence and portray Kannon in female form. This social role of this particular Buddhist practice not only evokes the tradition of Guanyin (the Chinese manifestation of Kannon, who in China also appears in female form) devotion and mythology in China, it also echoes the little-known and -studied instances throughout the history of Japan when Buddhist monastics or institutions helped women to overcome or at least confront the sexism and misogyny of a patriarchal culture on the basis of the Buddhist belief system. Two examples of this Buddhist-motivated support of women are the temple Tokei-ji, which functioned as a safe-house for women in the later Kamakura period (1185–1333) and as a “divorce temple” (Engiridera) during the Edo period (1603–1868), and the work of the contemporary Buddhist nun and idol Ven. Seto’uchi, who is known for her advocacy of and engagement on behalf of women. The newly renovated main hall of Tokei-ji. Photo by the author 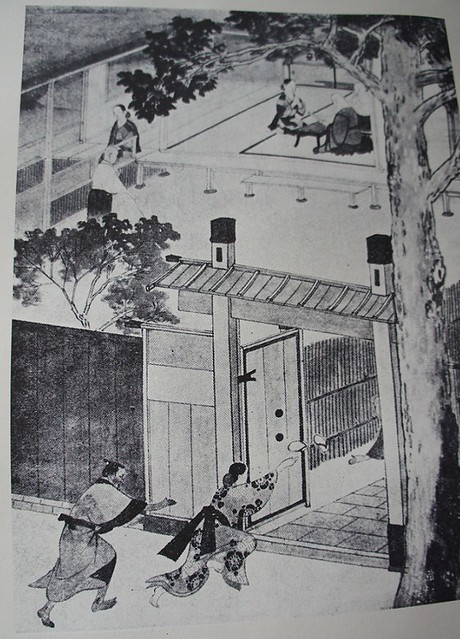 Poster of what appears to be an Edo period (1603–1868) depiction of a
woman escaping her husband by entering Tokei-ji. Photo by the author

It thus seems obvious that Buddhism in Japan is not “dying out” but rather transforming to address contemporary issues. Japan today is witnessing the emergence of new, as well as the transformation of traditional, forms of Buddhist practices and activities that highlight an intimate connection between spirituality and social awareness and activism. These new forms of practice, however, do not replace the traditional forms of meditation, chanting, and even funerary rites. Rather, they complement the traditional forms to “update” the bodhisattva ideal for the 21st century and present interesting models of how to live with compassion and wisdom in our times.