Taxing the Robots and Other Externalities Technological developments have contributed enormously to the improvement of human living conditions, replacing physical labor with machines and expanding mental capacity with computer automation. Nevertheless, as we have also seen throughout history, technology can be as destructive as it is constructive. As discussed in my previous article, technology is creating new jobs but it is also destroying some old ones even faster. In Capitalism, Socialism and Democracy, Joseph Schumpeter coined the phrase “creative destruction” or “destructive creation” to describe the process in which innovators disrupt or overthrow old systems, putting competitive pressure on the incumbents, and eventually making them obsolete with new paradigms.

This force of destruction has been strong in many aspects of modern society. For example, the growing prevalence of online retail has put enormous pressure on the survival of the traditional “brick-and-mortar” retail model. Similarly, mobile and Internet technology has enabled people to connect from afar, but has also diverted our attention away from those sitting right next to us at the present moment. The market economy measures new production, investment, and consumption in terms of how they drive “real” production. In Buddhist economics, however, they are “merely changes of state which are effected . . . these conversions entail the creation of a new state by the destruction of an old one, production can be as much as a useful economic activity as non-production.” (Payutto 1998, 52)

In other words, new production, investment, and consumption do not necessarily lead to real progress or well-being for human beings, our future generations, or our ecosystem. Indeed, Schumpeter (1942) questioned whether some of the key partners and supporting elements of capitalism are also destroyed in this destructive creation process. Rajan and Zingales (2003, 19) share the same concerns that “[h]istory suggests the political consensus in favor of free markets cannot be taken for granted.” Based on their analyses, the market economy is inherently unstable because these creative-destructive forces, which make the market economy so successful, could encounter meaningful resistance from both incumbent vested interests and those being marginalized. 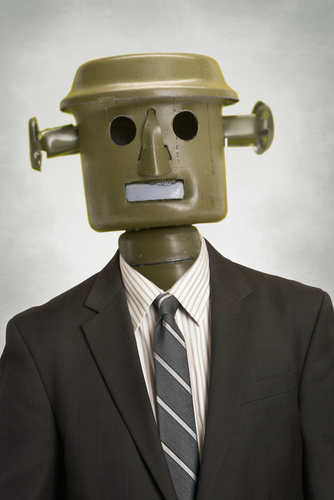 Schumacher (1984, 45–47) argues that Buddhist economics emphasizes the role of humans “as if people mattered.” The economy should serve people and the environment. Adoption of technology should be “appropriate,” in a way that will not undermine our engagement in work and creativity. Without wisdom, technology will only mean a greater concentration of economic power, and violence against the environment. Technology may increase productivity, but not necessarily contribute to our well-being and happiness.

In economics, negative consequences not directly accounted for in a transaction, but borne by other third parties (society, future generations, the ecology, and so forth), are known as negative externalities. For example, the producer and consumer of robotics would not have considered the social cost of unemployment and re-training in their cost structures. Similarly, no one could imagine that a cup of coffee in the Netherlands would require 140 liters of water during the entire production process. (Chapagain and Hoekstra 2003, 7) While a cup of coffee in Hong Kong is not cheap, it definitely does not account for the full cost required to produce a cup of coffee.

Some of these negative externalities can be addressed through taxation and/or surcharges. For example, the introduction of an automobile tax in some jurisdictions has covered some of the costs of building and maintaining roads and bridges. A carbon tax has been applied in some countries to cover environmental costs. Hong Kong has imposed an environmental levy on plastic shopping bags and is evaluating a residential solid-waste fee to encourage waste reduction. These taxes and levies are imposed with the aim of realigning social costs and benefits, as well as offering incentives or disincentives to influence behaviors.

Bill Gates in a recent interview discussed a thought-provoking idea of taxing robots. He suggested that robots could be taxed based on the same income level earned by the human workers who have been replaced by the robots. While robots increase productivity in some areas, there are others—such as caring for the elderly and working with children—where more financial resources and human interaction are required. A robot tax could also be used to finance these areas and support retraining. Most importantly, raising the tax could allow for some flexibility in the rate of technology adoption, and mitigate the associated negative impact it might have on the affected communities. Bill Gates has proposed a tax on robots as a possible route to sustainable innovation. From startsatsixty.com.au

Some may argue that taxing robots or other technology may impede innovation. Or that, in general, taxing capital investment will discourage growth in the future by pushing away investment today. However, the unintended consequences of technology will take time to surface. Just as a new medicine requires a long period of clinical trials to collect and analyze sufficient data before the market launch, it may be useful to create a time buffer in this fast-paced race of technology and markets, allowing society to constantly evaluate what kind of “appropriate” and sustainable technologies we truly need. Do we really need to install the next software or hardware upgrade, do we just want to?

Chapagain, A. K., and A. Y. Hoekstra. 2003. "The Water Needed to Have the Dutch Drink Coffee." UNESCO-IHE Institute for Water Education. Accessed 1 December 2015. http://waterfootprint.org/media/downloads/Report14.pdf.

The robot that takes your job should pay taxes, says Bill Gates (QUARTZ)

Mindful Technology For Right Livelihood: Foundations and Examples
Science Meets Mind - Imagining a Revolution, with B. Alan Wallace
Leading with Wisdom in the Digital Age
“Wisdom 2.0”: Hacking Buddhism to Make a Better Samsara