Celebrations for the 155th Birth Anniversary of Ven. Kripasarana
Mahasthvir at the Bengal Buddhist Association.
From Bhikkhu Bodhipala Facebook

The Bengal Buddhist Association (BBA), also known as the Bauddha Dharmankur Sabha, in Kolkata, India, on 22 June honored the 155th anniversary of the birth of its founder Venerable Kripasaran Mahasthavir (1865–1927), a Buddhist monk and revivalist of Buddhism on the Indian sub-continent. To mark the occasion, the BBA also organized an online seminar on the life of Ven. Kripasaran. “Celebrating his birth anniversary is an opportune moment for all of us to not only rededicate ourselves to walk his path and rejuvenate ourselves to regenerate the Buddhist culture to its pristine heights that it once enjoyed, but also at the same time it is an opportunity for us to evaluate Kripasaran and his work, which he did not only for his community but followed the Buddha’s dictum of Bahujana Hitaya, Bahujana Sukhaya [for the happiness of the many, for the welfare of the many] in letter and spirit.,” said Ven. Bodhipala in a tribute to Ven. Kripasaran shared on social media. “We do feel it a necessity as this period is of immense significance as he was the main responsible figure to bring together all the Buddhists living scattered in different parts of India who had migrated in different periods of time and settled wherever their work and livelihood took them.”

Ven. Kripasaran was born on 22 June 1865 in the village of Unainpura, in the Chittagong district of undivided Bengal (now in Bangladesh), and passed away on 30 April 1927 at the BBA. He came to Kolkata with the aim of serving Buddhists and established the BBA in 1892—a contemporary of Mahabodhi Society of India, established by Anagarika Dharmapala (1864–1933) in 1891 to resuscitate Buddhism and restore ancient Buddhist heritage sites in India. In 1900, Ven. Kripasaran established the Dharmankur Vihar adjunct with the BBA, and worked tirelessly for the revival of Buddhism in India. Subsequently, he established Buddhist temples at Simla, Himachal Pradesh, in 1907; Lucknow, Uttar Pradesh, in 1907; Dibrugharh, Assam, in 1908; Shillong, Meghalaya, in 1908; Ranchi, Jharkhand, in 1915; Darjeeling, West Bengal, in 1919; and Jamshedpur, Jharkhand, in 1922, all located in present-day India. 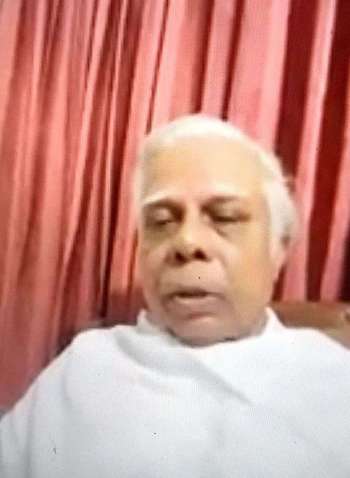 In 1909, Ven. Kripasaran founded a library, and went on to establish the Kripasaran Free Institution in 1912. He began publication of the journal Jagajjyoti in 1908, which has remianed in print until today, receiving wide praise from writers and readers.

Seminar panellist Abul Maksud paid homage to Ven. Kripasaran on Monday: “I pay my deep respects to the memory of the 155th birth anniversary of Kripasaran Mahasthavir. He was not only a religious leader, he was a social reformer and contributed to Bengali society as a whole so that people could become educated. He left an unforgettable achievement by establishing the Bengal Buddhist Association  in 1892.”

Buddhism – The Golden Heritage of Bengal
A Tribute to Benimadhab Barua: A Light to Bengali Buddhists
Buddhist Tourism in West Bengal and Bangladesh: An Untapped Resource