Buddhist Written Heritage to be Discussed at British Library Conference The British Library will host a conference on 7–8 February to examine a wide array of manuscripts and texts from the history of Buddhism, ranging from colorful illuminated books from Thailand to Buddhist medic texts found along the ancient Silk Road trade routes. The conference, titled “Unlocking Buddhist Written Heritage” is open to the public, but space is limited and booking on the library website is required.

The library, located in London near St Pancras railway station and the University of London, will host major British scholars, along with one joining from Vienna and another from Boston, in the US. The program consists of a keynote address and four panels under the themes of: Collections and Buddhist Practice: Texts and Translation; Collections in the Monastic Context; Collections and Buddhist Practice: Art and Performance; and Collections in the Heritage Context: Conservation, Preservation, Dissemination. The British Library. From bl.uk

The keynote speaker, Dr. Birgit Kellner from the Austrian Academy of Sciences in Vienna, will offer a talk titled “Worshipped as Precious Relics? On the Valuation of Indian Manuscripts in the History of Tibetan Buddhism.” Dr. Kellner is a world-renowned expert on the topic of Tibetan Buddhism and served as the principle investigator at the cluster of excellence “Asia and Europe in the Global Context” at the University of Heidelberg, 2010–15. She is currently directing a project called “Rationality, Meditation, and Liberation in Indian Buddhism” (2019–23).

Other leading academics include Dr. Ronit Yoeli-Tlalim from Goldsmiths, University of London, Ven. Dr. Mahinda Deegalle of Bath Spa University, Dr. Kate Crosby from King’s College London, Tim Barret from the School of Oriental & African Studies (University of London), and Dr. Jann Ronis, from the Buddhist Digital Resource Center, Boston. The conference is being run in partnership with the School of Oriental and African Studies and the Robert H. N. Ho Family Foundation. 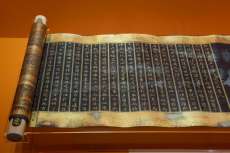 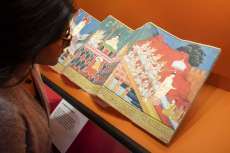 The conference is being held in conjunction with the library’s extensive exhibition on Buddhism, which is open until 23 February. The exhibition examines the growth of early Buddhism, from its roots in ancient India to its global population of over 500 million followers today. The focus of the exhibition is on Buddhist manuscripts and artworks, including colorful scrolls, handmade artifacts, and books from 20 different countries. Along with the life of the Buddha and historical Buddhist scholars, visitors will discover the stories of Buddhist women as they have been handed down through the centuries on a variety of media, including tree bark, palm leaves, and gold plates.

“Contemporary art from Hong Kong, Singapore, and Taiwan and ritual objects used in contemplative practice provide a window into everyday life in Buddhist communities in the 21st century.” the British Library stated on its website. “Understand current customs and beliefs, gain insight into meditation, and experience the feeling of stepping into a monastic library.” (British Library)

Tickets can be purchased at the British Library's conference website. Concession codes are available for sangha members and students. Ordained monastics can write to Charles Manson (charles.manson@bl.uk) for complimentary tickets.

From the Gobi to the Getty: Buddhist Art from Dunhuang on View in Los Angeles
Secrets of the Esoteric Empire: The Tangut Script