The following report has been compiled based on an account of events shared by Jungto Society in Korea.

The South Korea-based Buddhist organization Jungto Society, founded by the renowned Seon (Zen) master and social activist Venerable Pomnyun Sunim,* continues its tradition of sharing Buddhist compassion with vulnerable communities. Ven. Pomnyun Sunim recently spent a day delivering organic agricultural produce to Jajae Palliative Care Hospital run by Buddhist nuns in the city of Ulsan; Joongsaeng-sa, a Buddhist temple in the city of Busan; and Aegwangwon, a residential center for the intellectually disabled on Geoje Island in the south of the Korean Peninsula.

Organically grown potatoes, onions, and other vegetables cultivated by Jungto Society volunteers were collected and boxed, along with Jungto’s fresh homemade kimchi, and after the early morning prayer Ven. Pomnyun Sunim and a team of volunteers departed Jungto’s Dubuk Retreat Center near the historic city of Gyeongju at around 8am.

“Let’s go to Jajae Palliative Care Hospital and then stop at Joongsaeng-sa and Geoje Aegwangwon, then return to Eonyang,” said Ven. Pomnyun Sunim. The team arrived at Jajae Palliative Care Hospital at around 8:30am. As soon as  Ven. Pomnyun Sunim stepped out of the van, he put on his apron and began unloading: potatoes, onions, vegetables, kimchi, seaweed, and rice.

Monks and personnel quickly emerged from the hospital when they saw the surprise visit to help carry the boxes of food. After everything had been unloaded, Ven. Neunghaeng Sunim, director of the hospital sat and spoke with Ven. Pomnyun Sunim: “I came down to the countryside to farm and live because of the COVID-19 restrictions,” Ven. Pomnyun Sunim replied.

“It happened when I was working on the farm, but it’s okay with a cast.”

“Sunim, thank you very much for this donation. Our patients will eat well.”

The Jungto team said their goodbyes before returning to their vehicles and heading toward Busan. As they drove into Korea’s second-largest city, high-rise buildings rushed upward around them to meet the sky. As they drove deeper into the urban growth, Ven. Pomnyun Sunim let out a low sigh.

“Look at that. There are so many houses, why are there so many homeless people? It’s really a problem.” The Jungto team drove along a coastal road to reach at Joongsaeng-sa. The temple sits on the 800-meter mountain Cheonmasan, where the great monk Ven. Domun Sunim resides.

“Domun Sunim! This time I have brought two kinds of potatoes from Adomoryewon and potatoes from Dubuk,” Ven. Pomnyun Sunim exclaimed on meeting. “Try them and tell me which tastes better. I'll bring you more delicious things. The crispy peppers and pumpkin are also wonderful.”

“Thank you so much, Pomnyun Sunim. Thank you. Who will visit a sick and old and useless monk? A world-class person like Monk Pomnyun, who has been busy farming, and continues to send potatoes and lettuce to me as a teacher, thank you very much.” The Jungto team left the temple and headed directly to Geoje Island. The weather was sunny and hot. Arriving at Aegwangwon, the volunteers began unloading their produce and were quickly joined by teachers from the residential center. Again, potatoes, onions, various vegetables, rice, seaweed, and kimchi were offered.

After the produce was unloaded at the dining hall, the volunteers retired to Windmill Terrace, a tea house run by Aegwangwon, to see Im-soon Kim, the founder of the residential home. Im-soon Kim, who has reached the age of 100, came out to the front of the tea house to greet Ven. Pomnyun Sunim.

“Sunim, you have come to see us again.”

“How are you? We bring fresh vegetables for you to eat.”

“Oh, thank you so much for your kindness!”

They sat on the terrace overlooking the ocean, and were joined by a teacher, Ae Kwang-won.

“How is your work?” they enquired.

“I am doing well, I work every day,” Ven. Pomnyun Sunim replied. “I recently harvested potatoes and onions and brought some with me. Try our kimchi and if it tastes good, I'll bring you more. I brought only a little because I was afraid of giving away too much.”

“We will all eat well, thank you! How did you hurt your hand?”

“It’s because I’ve been working on the farm. A bone has cracked a little, but it's healing now, so there’s no problem working. If I can’t work with such a minor injury, I'll starve to death.” [Laughter] After talking and resting for a while, it was time to move on. Ven. Pomnyun Sunim and the volunteers returned to their vehicles and headed back to Eonyang. On the way, they stopped by the ocean for a simple meal of gimbap and watched the Sun sink lower in the sky.

There was one last stop to make: the home of an old man, Ven. Pomnyun Sunim’s neighbor in Eonyang. The old man’s barn had caught fire a short while ago and three cows had burned to death. Food stores and farming equipment has also been lost in the blaze.

“I harvested these potatoes and onions a while ago. Try them,” Ven. Pomnyun Sunim proffered to the old man. “We’ve brought all of these good things for you.”

The team members carried the produce into a barn, where sacks of barley were already stacked inside.

“Did you pound all this barley?” Ven. Pomnyun Sunim enquired.

“Yesterday. I wanted to take to the market and sell it.”

Hearing that the old man, his back permanently bent at 90-degrees after years of manual labor, was going to carry the heavy sacks of barley to market, Ven. Pomnyun Sunim immediately decided:

“Since we have a large family at Jungto, I will buy all your barley today.”

“Venerable Sunim. Thank you so much!” The volunteers worked quickly, loading the sacks of barley into the empty truck. It was after 7pm by the time they arrived back at Dubuk Retreat Center.

“Today, we have only made a few deliveries, and now the day is already over,” said Ven. Pomnyun Sunim. “It was a lot of work.” 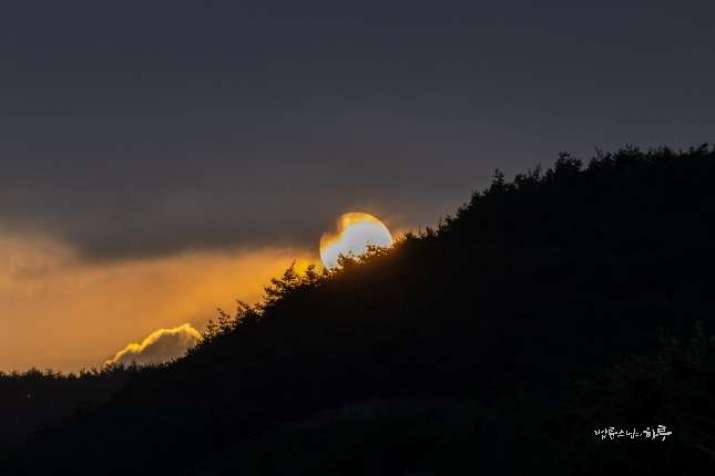 Ven. Pomnyun Sunim is a widely respected Dharma teacher, author, and social activist. He has founded numerous organizations, initiatives, and projects across the world. Among them, JTS Korea is active as an international aid organization working to eradicate poverty and hunger, while Jungto Society is a volunteer-based community founded on the Buddhist teachings and dedicated to addressing modern social issues that lead to suffering. Ven. Pomnyun Sunim also works closely with the International Network of Engaged Buddhists (INEB).

In October last year, The Niwano Peace Foundation in Japan presented the 37th Niwano Peace Prize to Ven. Pomnyun Sunim in recognition of the revered monk’s international humanitarian work, environmental and social activism, and his tireless efforts to build trust and goodwill between communities of different faiths and cultures, toward the goal of world peace.**

* Sunim is a Korean title of respect for Buddhist monks.