Master Hsing Yun, founder of the international Buddhist movement Fo Guang Shan, is in stable condition after suffering a haemorrhagic stroke, revealed officials of Kaohsiung Chang Gung Memorial Hospital in Taiwan. According to Chen Chao-lung, the convener of the hospital’s medical team, doctors removed a large blood clot from the senior monk’s brain in a procedure lasting more than three hours on 31 October.

Chen said that after Master Hsing Yun returned from an overseas tour on 29 October, he developed symptoms of drowsiness, vomiting, and fainting, and was taken to the hospital on 30 October. “There was a blood clot about the size of a fist, and fortunately it was mainly in the intraventricular, so it does less damage to brain cells,” Chan explained. “We were able to remove his inserted tubes about 65 minutes after the surgery. The whole surgery went very successfully.” (Taipei Times) 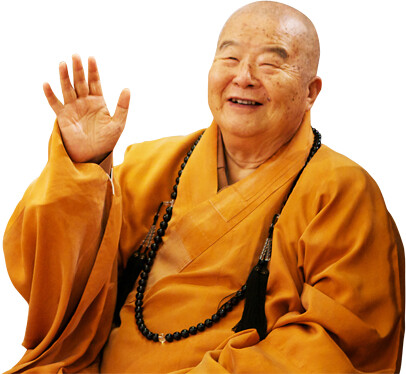 The Taipei Times reported that after Master Hsing Yun regained consciousness, he asked if he could return to Fo Guang Shan. However, his medical team advised him to remain in the hospital's intensive care unit for a few more days for further observation. “The hospital is cautiously optimistic about his condition, but it remains to be seen when he will be able to be discharged,” said Chen. (The China Post)

Master Hsing Yun repoirtedly has a medical history of high blood sugar, high blood pressure, and high blood lipid levels, well as heart disease and diabetes. In 2011, he suffered from two ischemic strokes and was admitted to the same hospital. Chen said that as Master Hsing Yun has been suffering from the “three highs,” he should pay special attention to his diet, exercise regularly, and undergo regular follow-up examinations to monitor his medical conditions.

Activities at Fo Guang Shan, located in Kaohsiung and the largest monastery in Taiwan, have been continuing as normal. Many Fo Guang Shan followers say they heard the news of Master Hsing Yun’s hospitalization from media reports.

Master Hsing Yun was born on 19 August 1927 in Jiangdu, in China's Jiangsu Province. He is prominent in the Humanistic Buddhism movement, which emphasizes integrating Buddhist practices into everyday life, as taught by the Fo Guang Shan order. Founded in 1967, Fo Guang Shan is an international Chinese Buddhist movement based in Taiwan. It is one of the largest charity organizations in the country and one of the most influential international Buddhist groups.