The 252-year-old statue of Zhabdrung Ngawang Namgyal Rinpoche was acquired by The Asiatic Society in Kolkata in 1865. From dnaindia.com

More than 150 years after it was removed from Bhutanese possession by British colonial forces, a statue of the revered 16th century Tibetan lama Zhabdrung Ngawang Namgyal Rinpoche, who is credited with having established Bhutan as a nation-state, is set to return to its native Bhutan, at least temporarily.

This year, Bhutan marks the 400th anniversary of Zhabdrung Ngawang Namgyal Rinpoche’s eventful journey from Tibet to Bhutan in 1616. Zhabdrung Ngawang Namgyal Rinpoche (1594–1651), who is also accorded the title Dharmaraja,* was a high-ranking lama of the Drukpa lineage of the Kagyu school of Vajrayana Buddhism from Ralung Monastery in Tibet, who became the first to unify the warring valley fiefdoms of the region under a single rule in the 1630s, creating the kingdom we now know as Bhutan. He also established a dual system of government under the Tsa Yig legal code based on Vajrayana Buddhist principals, through which the country was governed by a spiritual leader, the Je Khenpo, and an administrative leader, the Druk Desi. The system survives in a modified form to this day.

“The Indian government has taken a decision and the Asiatic Society has given its concurrence that the statue of Dhurm Raja [sic] will be given to Bhutan on loan for a year, where it will be part of a year-long festival,” said Asiatic Society secretary general Satyabrata Chakrabarti. “At the end of December 2017, [it] will come back again.” Chakrabarti added that a memorandum of understanding to this effect would soon be signed. (DNA)

Smiling benevolently from a cross-legged seated position, the brass statue, which measures some 1.8 meters high and is believed to be 252 years old, is one of The Asiatic Society’s most valuable artifacts. It is currently housed on a third-floor staircase landing at society’s premises in Kolkata. It was received as a gift in 1865 from Hidayat Ali, a captain in the British Army, who acquired the image in 1864, when the British Army wrested Buxa Fort, in modern-day West Bengal, from Bhutanese control. A wooden plaque at the base of the sculpture reads: “Brass Image of Dhurm Raja, found at the capture of Buxa Duar on 7 December 1864.” 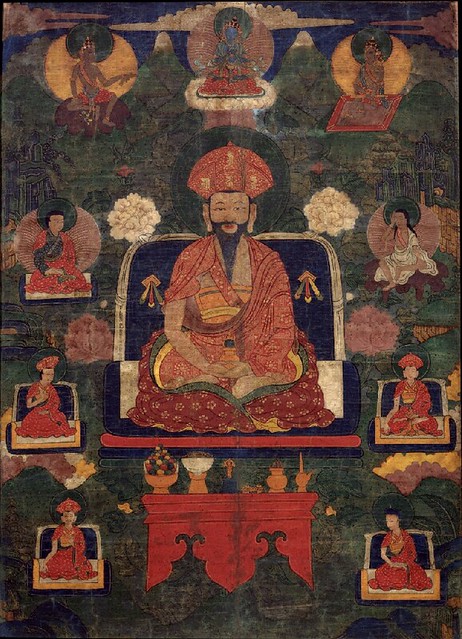 Bhutan had earlier sought for the outright return of the statue in June, but The Asiatic Society turned down the request on the basis that its constitution does not allow the return of artifacts that it has received as gifts.

“We looked up our Asiatic Society Act and found that once a relic has been gifted, it cannot be given away without permission of the donor. In this case, the donor is no more,” Chakrabarti told The Times of India in June. “This is a very delicate issue since it is a matter of international relations and we have deep respect for Bhutan, which has always been a friend of our country. The external affairs ministry wrote to the ministry of culture to whom we report. We have replied to the ministry that giving the statue away or even loaning it for two months, as was suggested is next to impossible. Instead, we could create an enclosure in the likeness of a temple for the revered figure so that people of Bhutan can come and pay floral tributes here.” (The Times of India)

Almost 75 per cent of Bhutanese identify as Buddhists, according to data for 2010 from the Washington, DC-based Pew Research Center, with Hinduism accounting for the majority of the remainder. Most of Bhutan’s Buddhists follow either the Drukpa Kagyu or the Nyingma school of Vajrayana Buddhism.

* The original Sanskrit term for chogyal, a title conferred upon a special class of temporal and spiritual rulers in Bhutan.