Highlighting the importance of religious harmony in Indonesia, the Indonesian government has drawn up an initiative to promote the ancient Mahayana Buddhist temple Borobudur as a global Buddhist tourism destination. The project is aimed at attract domestic and international visitors, with the objective of promoting a more moderate face for religion in Indonesia, and possibly avoiding a similar fate to Afghanistan’s Bamiyan Buddhas, which were destroyed by Taliban extremists in March 2001.

Borobudur, located on the island of Java, is one of the world’s largest Buddhist structures. Built in the ninth century, during the Sailendra dynasty, the structure exhibits many conventions of Gupta-influenced architecture and serves as an example of India’s influence in the region. The temple is situated on a hilltop, with sweeping views of the lush, green plains below and distant hills. Borobudur was designated a UNESCO World Heritage Site in 1991. 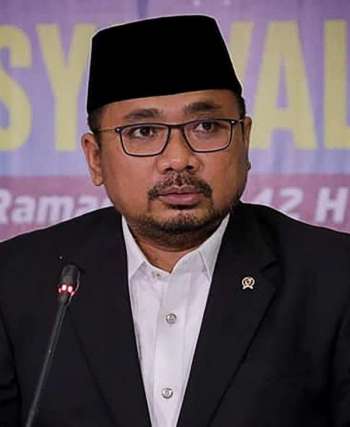 During a large-scale restoration project undertaken in 1985, Islamic extremists detonated 11 bombs on the historic site, destroying nine stupas. Archaeologist Chaidir Ashari from the University of Indonesia said the local community was concerned that Borobudur might once again become a target for extremists.

“Borobudur could share the same fate as the Buddha statues of Bamiyan in Afghanistan. Therefore it is very important for the security at Borobudur to be tightened at various sectors,” Ashari told Hong Kong’s South China Morning Post newspaper. “Borobudur is an ancient monument whose existence can still be witnessed by Indonesian society. Should it be destroyed, it would be a huge loss.” (South China Morning Post)

Minister for Religious Affairs Yaqut Cholil Qoumas stated that, as an important site respected by Buddhists, the Indonesian government was studying how to promote Buddhist ceremonies at Borobudur “which can be attended by Buddhists [from] all over the world,” as part of efforts by the authorities to improve religious moderatism in the country. (South China Morning Post) Prof. Greg Barton, chair of Global Islamic Politics at Australia’s Deakin University, praised Yaqut’s initiative, noting that the minister was in a “strong position” to strengthen religious plurality: “This is exactly the sort of leadership which puts into practice the principle of Islam as rahmatan lil alamin [‘a mercy to all creation’].” (South China Morning Post)

Sudhamek Agoeng Waspodo Soenjoto, chairman of the Indonesian Buddhayana Council supervisory board, meanwhile expressed his desire that Borobudur not be described as a “global Buddhist worship centre,” since, in his view, it could lead to “misunderstanding and misinterpretation.” Instead, he suggested that Borobudur could be promoted even further if the scope of the initiative was expanded to encompass all types of spiritual research and activities. (South China Morning Post)

“In my position as a Buddhist leader in Indonesia, I recommend [that] it would be wiser if we used the term ‘Universal Centre for Culture and Spirituality Study for Various Religions.’” said Soenjoto. (South China Morning Post) Buddhist monks meditate on the top platform of Borobudur. From wikipedia.org

Peter Carey, a visiting professor at the University of Indonesia’s Faculty of Humanities and a specialist in Indonesian history, observed that the initiative would need to be discussed and socialized effectively with respect to local communities before being implemented, although he added that he appreciated the government’s intention to promote Borobudur as “brilliant and enlightened.” (South China Morning Post)

According to Kazem Vafadari, professor of tourism and hospitality at Ritsumeikan Asia Pacific University in Japan, while Borobudur is undeniably one of the world’s most famous Buddhist temples, it has mainly been utilized for tourism and education rather than as a center for religious observances.

Alex Arifianto, who researches Indonesian politics and political Islam at Singapore’s S. Rajaratnam School of International Studies, praised Yaqut’s initiative, saying he was the first religious affairs minister to make such a gesture on behalf of Indonesian Buddhists.