Khyentse Foundation, founded by the renowned Bhutanese lama, filmmaker, and author Dzongsar Jamyang Khyentse Rinpoche, has announced the launch of a new Dharma translation initiative. Titled the Khyentse Vision Project, the endeavor’s mission is to translate the complete works of the terton Jamyang Khyentse Wangpo, the Great First Khyentse and founder of the Rimé movement, into English.

With more than 16,000 Tibetan pages to be translated, including the original 13-volume gsungs ’bum (Tib: collected works) and the bka’ babs bdun (Tib: (lit.) seven transmissions) collection of termas, instructions, and liturgies, the English-language translation of these collections has been projected to take 30 years to complete, Khyentse Foundation remarked. 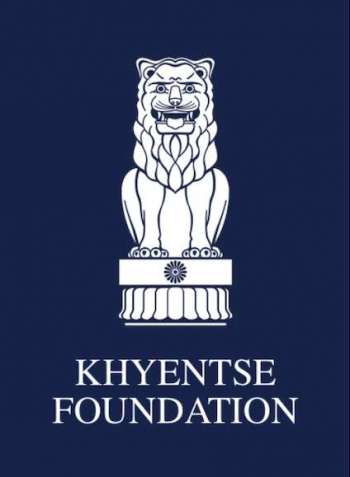 Khyentse Foundation is a nonprofit organization founded by Dzongsar Khyentse Rinpoche in 2001 with the aim of promoting the Buddha’s teaching and supporting all traditions of Buddhist study and practice. The foundation’s activities include major text preservation and translation projects, support for monastic colleges in Asia, a worldwide scholarship and awards program, development of Buddhist studies at major universities, training and development for Buddhist teachers, and developing new modes of Dharma-inspired education for children.

“[First] we had the Kumarajiva Project, and now along came the Khyentse Vision Project,” said Dzongsar Khyentse Rinpoche in his address for the launch of the initiative. “A lot of my friends who are really devoted to the Khyentse lineage have been eager and have the aspiration to translate the words and the works of Jamyang Khyentse Wangpo.”

It is hoped that the Khyentse Vision Project will eventually expand to include languages other than English, and there are also aspirations to create a translation hub for the teachings and writings of all the other Khyentse lineage masters. The first published translations in English are expected to be made available with the launch of the Khyentse Vision Project’s virtual reading room in late 2021.

Born in the traditional Tibetan region of Kham (now in Sichuan Province, China), Jamyang Khyentse Wangpo (1820–92), also known as Pema Osal Do-ngak Lingpa, was one of the most eminent masters in 19th century Tibet. He was a contemporary of the renowned masters Chokgyur Dechen Lingpa (1829–70) and Jamgon Kongtrul Lodro Taye, and was regarded as the reincarnations of Vimalamitra and King Trisong Deutsen.

He was a founder and key figure of the non-sectarian Rimé movement, which sought to recognize and appreciate the differences and strengths of the various schools and  traditions of Tibetan Buddhism. The movement’s efforts to collate and reproduce rare Tibetan Buddhist texts of the Sakya, Kagyu and Nyingma schools, including many near-extinct teachings, was also a significant factor in the preservation of Tibetan Buddhism amid aggressive Communist suppression. “[The Khyentse Vision Project] will be defined by its emphasis on collaboration with other translation groups,” Khyentse Foundation said. “We will work closely with Tsadra Foundation on their project to publish the Tibetan source text of the writings of all the Khyentse lineage masters. We will also collaborate with other projects, such as Adam Pearcey’s Jamyang Khyentse Chokyi Lodro translation project, the Chokling Tersar Project, and the Longchen Nyingtik Project.”

As a  Dharma translation initiative, the Khyentse Vision Project stands alongside the Kumarajiva Project, also founded under the auspices of Khyentse Foundation, which has been working for the past two years to translate Tibetan Buddhist texts into Chinese, and the global non-profit initiative 84000: Translating the Words of the Buddha, a long-term undertaking founded by Rinpoche that aims to translate and publish all surviving canonical texts preserved in the Classical Tibetan language—70,000 pages of the Kangyur (the translated words of the Buddha) in 25 years and 161,800 pages of the Tengyur (the translated commentaries on the Buddha’s teachings) in 100 years.

“Jamyang Khyentse Wangpo’s work is important not only because of the content of what we are translating—the words of Jamyang Khyentse Wangpo—the significance also lies in the non-sectarian nature of what it represents. Because many times for ordinary people, different schools of Buddhism, different traditions of Buddhism—not only in different parts of the world but even within the different Tibetan schools—are almost approached as if they are totally separate,” Dzongsar Khyentse Rinpoche explained.

“But this has never been the case. The different schools of Buddhism—generally in the world and especially in Tibet—they have all brought their nuances and their richness, and their incredible, unthinkable flavor, and by the time of the 18th century, already many of these nuances were declining and degenerating. So Jamyang Khyentse Wangpo, along with Jamyang Loter Wangpo and Jamgon Kongtrul Lodro Taye, they have really worked hard keeping those things alive. And so I consider Khyentse Vision’s endeavor to be very important.”

Introducing the Khyentse Vision Project from Khyentse Foundation on Vimeo.