Khyentse Foundation, founded by the renowned Bhutanese lama, filmmaker, and author Dzongsar Jamyang Khyentse Rinpoche, has announced that it has begun accepting applications for Ashoka Grant funding for projects and individuals working to benefit the Buddhadharma. The application window will be open until 15 August.

“Many people are seeking ways to preserve and promote the Dharma and working to increase Dharma activity around the world in creative and long-lasting ways,” Khyentse Foundation said. “For requests that fall outside the criteria for Buddhist Studies Scholarships, Individual Practice Grants, or other awards, Khyentse Foundation has created a fund for special project grants.” 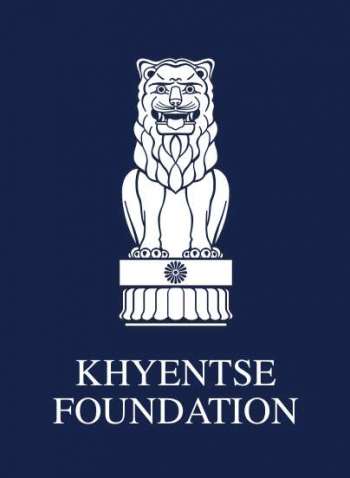 Khyentse Foundation accepts Ashoka Grant applications twice each year: from 15 January–15 February and from 15 July–15 August. The grants are open to organizations and individuals who are actively engaged in projects supporting Buddhist study or practice. The Ashoka Grants Committee, which reviews applications, grants the funding based on the strength of the proposal, and the scope and needs of the project.

“This program identifies and supports organizations and individuals working to increase Dharma activity around the world,” Khyentse Foundation explained. “Have you written a Buddhist story for children? Are you translating Buddhist texts into your local language? Do you have a proposal for research on a Buddhist topic? Tell us how your idea will help the Dharma flourish.”

The program is named after the Mauryan emperor Ashoka (r. c. 268–c. 232 BCE), whose empire encompassed much of the Indian subcontinent and who was a key figure in the propagation of Buddhism throughout South and Central Asia. Ashoka is also credited with initiating the construction of thousands of monasteries, stupas, and other Buddhist monuments across the region.

The Khyentse Foundation, founded in 2001, is a nonprofit organization established by Rinpoche with the aim of promoting the Buddha’s teaching and supporting all traditions of Buddhist study and practice. The foundation’s activities include major text preservation and translation projects, support for monastic colleges in Asia, worldwide scholarship and awards programs, the development of Buddhist studies at major universities, training and development for Buddhist teachers, and Buddhist education for children.

Some of the past beneficiaries of Ashoka Grants include the Haiti Vipassana Association, which offered a 10-day Vipassana retreat with materials and instructions translated into Haitian Creole, as well as French and English, to enable all Haitians to participate; the Bodhi Tree Project of Oregon State University, in the US, which worked with a group of students to study the genetics of Bodhi trees; American Buddhist chaplain Susan Shannon, who received a grant to teach the Dharma to death row inmates at San Quentin State Prison in California; the Universal Education School, which operates three schools at Sarnath, Bodhgaya, and Singhpur, in India that focus on developing a sustainable environment and a culture of peace; and Pema Choling Shedra in Bhutan, which provides basic and higher education in Buddhist philosophy for nuns, with many of the students coming from disadvantaged or vulnerable backgrounds.

Born in Bhutan and now based in Himachal Pradesh, India, Dzongsar Khyentse Rinpoche gives teachings all over the world. He is the son of Thinley Norbu Rinpoche and was a close student of the Nyingma master Dilgo Khyentse Rinpoche (1910–91). He is recognized as the third incarnation of Jamyang Khyentse Wangpo (1820–92), founder of the Khyentse lineage, and the immediate incarnation of Jamyang Khyentse Chökyi Lodrö (1893–1959). In addition to the Khyentse Foundation, his projects include 84000, a non-profit global initiative to translate the words of the Buddha and make them available to all; Siddhartha’s Intent, which organizes, distributes, and archives his teachings; Lotus Outreach, which directs a wide range of projects to help refugees; and more recently The Lhomon Society, which promotes sustainable development in Bhutan through education.

Every single word spoken by the Buddha is excellent and precious. — Dzongsar Khyentse Rinpoche