Thailand’s parliament has passed a bill empowering the kingdom’s new monarch to appoint the supreme head of the country’s sangha. The bill, passed by the military-appointed National Legislative Assembly (NLA) on 29 December, gives the king the right to nominate the head of the highest ecclesiastical position in the country's monastic order, restoring an old tradition that was abolished in 1992. Section 7 of the amended Sangha Act now states that the king reserves the right to appoint a successor if the supreme patriarch passes away or is unable to perform his duties, and that the prime minister may nominate the candidate to be appointed.

The supreme patriarch—the full title is Somdet Phra Sangharaja Sakalamahasanghaparinayaka—is the head of the Thai monastic sangha and president ex officio of the Supreme Sangha Council, the administrative body that governs the Thai sangha. The supreme patriarch oversees both of Thailand’s Theravada orders, the Maha Nikaya and the Thammayut Nikaya, as well as the country’s small minority of Mahayana Buddhists. 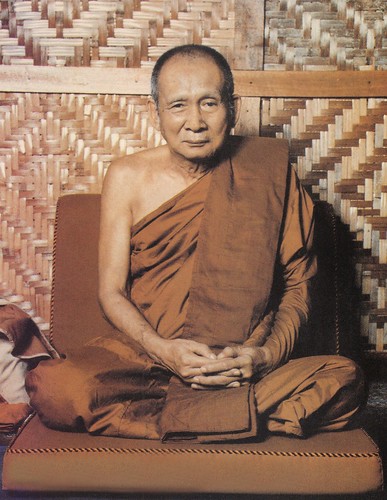 Thailand's previous supreme patricarch, Somdet Phra
Nyanasamvara Suvaddhana Mahathera, who died in October
2013 after holding the office since 1989. From wikiwand.com

After the passing in October 2013 of His Holiness Somdet Phra Nyanasamvara Suvaddhana Mahathera, who had held the position of supreme patriarch since 1989, Thailand’s highest ecclesiastical position has since remained vacant. The selection process for a new supreme patriarch has been marked by rivalries, controversy, and clashes between the major monastic orders and within the government. In February last year, monks and army personnel clashed during a protest rally by thousands of monks against perceived interference in the appointment of the supreme patriarch and in a show of support for the front-runner for the position, Venerable Somdet Phra Maha Ratcha Mangkhlachan.

In July last year, prime minister General Prayut Chan-o-cha declined to submit the nomination of Somdet Phra Maha Ratcha Mangkhlachan for royal endorsement, stating that the appointment could fuel further dissent. The candidate, also known as Somdet Chuang and nominated by the Supreme Sangha Council, has been embroiled in a drawn out legal dispute and faces criminal charges.

In the wake of the government’s decision, some monks have vowed to oppose the amendment of the 1992 Sangha Act. According to the Bangkok Post, the Buddhism Protection Centre of Thailand (BPCT) has threatened to mobilize monks and the general public to protest the amendments. The general secretary of the BPCT, also the deputy rector of Mahachulalongkorn Rajavidyalaya University, Ven. Phra Methithammajarn, questioned the NLA’s move in a Facebook post: “If you think you have the authority and legitimacy to proceed, so do we. There is no other choice. I'd like to ask the cabinet and PM's Office Minister Ormsin to think about it,” he wrote. “There is no problem if you want to keep the SSC out. But ask yourself if your move is out of sheer good will and for a good cause.” (Bangkok Post) Thai monks clash with army personnel during a protest rally in February 2016. From reuters.com

According to the Straits Times, Ven. Phra Methithammajarn also called on the NLA and Ormsin Chivapruck, who is in charge of the Office of National Buddhism, to take responsibility for any trouble that resulted from amending the act: “From now, it is Minister Ormsin and the National Legislative Assembly who are responsible for any trouble that may come.”

Members of the NLA, however, have downplayed the criticism. Police General Pichit Khuandechakupt, also chairman of the legislative committee on religion, arts, and culture, issued a statement in which he asserted that the purpose of the amendment was “to perpetuate and preserve the ancient royal tradition.” (Anadolu Agency)

Thailand is a predominantly Buddhist country, with 93.2 per cent of the nation’s population of 69 million identifying as Buddhists, according to 2010 data from the Washington, DC-based Pew Research Center. The country has approximately 38,000 temples and some 300,000 monks.