The Inner Revolution: New Documentary on Wisdom and Transformation Due Out this Year 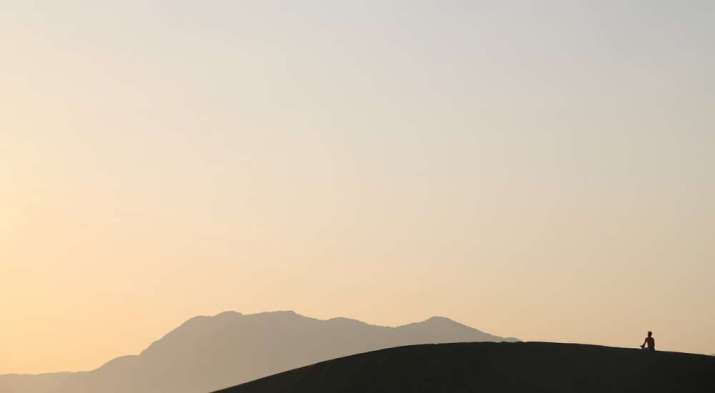 A new documentary film on the importance of self-knowledge and inner wisdom for transforming our lives and our relationship with the world is scheduled for release later this year. Titled The Inner Revolution, the film project involves contemporary teachers and thinkers from Asian wisdom traditions, who discuss their views and give their perspectives on the challenges and crises facing the modern world, and what can be done to address them.

The film is the brainchild of German filmmaker (and occasional editorial contributor to Buddhistdoor Global) Victoria Knobloch. “The film is very solution-oriented and will show ways in which we can move forward constructively in these troubled times,” she told Buddhistdoor Global. “In this way we hope that the documentary can make a contribution to the expansion of consciousness on Earth.”

Knobloch noted that the Buddhist perspective on living with wisdom in The Inner Revolution, comes mainly from the esteemed Tibetan lama and Buddhist nun Mindrolling Jetsün Khandro Rinpoche, a teacher in both the Kagyu and Nyingma schools of Vajrayana Buddhism.

“Filming has already been completed; now cutting and editing is in progress,” said Knobloch. “The trailer is already finished and so the film will be ready this year. I’m already working on the German subtitles, since the film will be in English.”

Through the movie, Knobloch aims to show that the problems facing the world today cannot be solved solely through the traditional avenues of politics or economics, but require a much more fundamental transformation at the personal, inner level. The documentary also examines how many of our troubles stem from human ignorance and delusion. “Humans must revolutionize their inner lives, or else there will never be real harmony in the external world,” Knobloch told Buddhistdoor Global. “Mostly we are unaware of our subconscious motivations, judgements, values, and expectations, but these are exactly what are governing our thoughts, which then lead to our actions.”

“Because we are often unaware of these subconscious drives and don’t have any control over them, they often produce outcomes that we don’t want, or that are even harmful to ourselves and others,” Knobloch explained. “This is what the Buddha called suffering!”

She went on to emphasize that, “If mankind really wants happiness and freedom, we have to free ourselves from ingrained theories, dogmas, and concepts that make us rigid, one-dimensional, narrow-minded, and constrained. If we finally devote most of our energies into this endeavor, the world will heal, life can flourish, and there will be much more joy in the world.”

“The film is already at a very advanced production stage of production,” Knobloch noted. “Still, there are many expenses involved that need to be covered and we still welcome new supporters—our main supporters will be mentioned in the final credits.”

She added: “This is a non-profit project aimed at reaching as many people as possible—through individuals, communities, teaching centers, and schools—so that they can learn, discuss, interact, and be inspired.”

The Inner Revolution trailer. From youtube.com

Victoria Knobloch is a classical singer, photographer, and filmmaker living in the German city of Leipzig. Her personal spiritual quest started in 2013 with a course in Buddhism at Kopan Monastery in Kathmandu, which is affiliated with the Foundation for the Preservation of the Mahayana Tradition (FPMT). Shortly afterward, Knobloch met Jetsün Khandro Rinpoche, whom she considers her heart teacher. Knobloch also cites as her inspirations the Tibetan monk Lama Thubten Yeshe, Shambhala founder Chogyam Trungpa; Advaita Vedanta teachers Ramesh Balsekar and Rupert Spira, the spiritual explorer Paul Brunton; psychoanalyst and social philosopher Erich Fromm; the yogi Paramahamsa Yogananda; and the spiritual teacher G. I. Gurdjieff.

The Inner Revolution of Film