The Vajrayana Institute, a Tibetan Buddhist center in the Gelugpa tradition, is offering a free online conference featuring teachers, scholars, authors, and medical doctors from around the world. Organized in Australia, with most presenters hailing from the country and nearby New Zealand, the event will gather more 20 leading teachers to discuss Buddhist diagnoses of modern ills and tools for overcoming them.

According to the event’s webpage:

Covid-19 has dramatically changed the way we live, work and interact with one another. It has challenged us to deal with loneliness and isolation, separation from friends and family, and upset our career and holiday plans! Buddhism provides mental strategies for dealing with life’s ups and downs, so it is uniquely placed to help us at times like this. (Hopin)

Among the participants are leading teachers B. Alan Wallace, a former Gelugpa monk and translator who became an academic expert on Tibetan Buddhism, and Ven. Robina Courtin, a Buddhist nun in the Gelugpa tradition and founder of the Liberation Prison Project. Both will speak from the United States. Wallace will talk on “A Key to Mental Resilience: A Peaceful Mind & An Open Heart.” Courtin’s talk will be titled “Being your Own Therapist.” 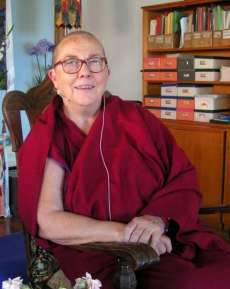 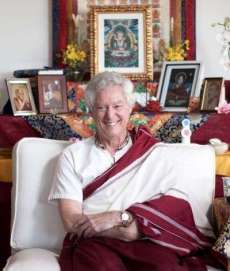 Other talks will come from a number of revered teachers from the Foundation for the Preservation of the Mahayana Tradition (FPMT), including Geshe Ngawang Samten, Geshe Tenzin Zopa, and Gesh Jampa Tharchin, along with Ven. Jampa Dekyi and Ven. Thubten Chokyi.

Wai Cheong Kok, a former senior resident teacher at the Vajrayana Institute, will speak from Singapore, where he resides, on “Mindful Pauses in a Busy Life.” Wendy Cook, a yoga teacher in Australia, will teach attendees “How to Sit Like a Buddha!” Several others will offer a range of teachings from pragmatic solutions to daily problems to the profound wisdom of letting go and revealing our own buddha-nature. “All of the people attending will have the opportunity to see and hear several different teachers talking from the basic Buddhist perspective,” Lama David Curtis, founder of the Tibetan Language Institute in the US, told Buddhistdoor Global. “Sometimes just a single line from a person can start you thinking in a fresh way, opening a new line of inquiry that is liberating. It is our own self-imposed constraints and our own narrow view that causes us suffering.”

Curtis, who will speak on a panel called “Making Life Meaningful,” said that he planned to speak about His Holiness the Dalai Lama’s theme of universal responsibility: “We’ll be looking at both time and space—looking at the future that we are leaving for future residents and at space in terms of our vision for the whole planet. We will look at the teaching that we all have the enlightened nature. But we are not living out of that now, we have to actualize it in ourselves with an altruistic motivation for the planet.” 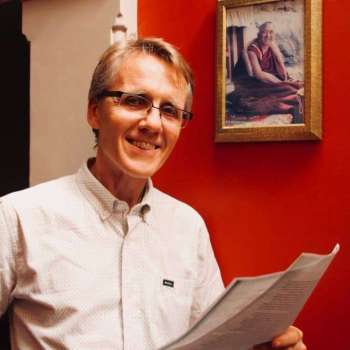 Asked why such a conference was important today, Curtis observed: “As we say, the Dharma is good medicine. It’s about helping people get by in tough times, as well as its deeper dimension.”

Curtis also offered praise for the event’s organizer, Tony Steel, director of the Vajrayana Institute, for organizing the international group of teachers to speak on stresses confronting contemporary humanity: “Tony is a very remarkable person himself. He’s a deeply compassionate person and puts his compassion into action and this conference is an example of that.”

In addition to the speakers and panel presentations, participants at the event can take part in tea breaks, during which networking and a virtual expo will take place.

Buddhistdoor View: International Responsibility is Humanity’s Priority
Buddhistdoor View: COVID-19 Knows No National Boundaries, Neither Should We
The Buddha’s Discourse on Social Distancing
Dwelling in the Heart of Reality: An Interview with B. Alan Wallace
Buddhistdoor View: The Astonishing and Fleeting Opportunity of This Moment
Real Practice Begins When We Change Our Mind
Reaching Out to the Incarcerated as a Buddhist Practice: A Tale of Compassion in Arkansas
Venerable Tsunma Lobsang Rinchen Khandro: Acting with Compassion for All Those Suffering from Adversity
“We Have All Made Mistakes” - Teaching Mindfulness in Prisons: A Different Kind of Rehabilitation
Science Meets Mind - Imagining a Revolution, with B. Alan Wallace