The US-based online platform Young Buddhist Editorial (YBE) is celebrating its first anniversary this month via Zoom. The one-year celebration will be held on 6 February at 5pm PST and will feature keynote speaker Reverend Matt Hamasaki, resident minister at the Buddhist Church of Sacramento. Also taking part will be artists and performers from the YBE community.

The online community, formed by and for millennial and Generation Z—comprising people born between 1981 and 2010—Asian American Buddhists, has grown quickly over the last year, showcasing the voices, faces, art, and creativity of Buddhists who are often underrepresented in mainstream media.

“I remember in elementary and middle school learning about Buddhism, and those who are interviewed are White Zen priests in the United States who have some sort of retreat center in the mountains—and I thought, ‘This isn’t my form of Buddhism,’” YBE president Devon Matsumoto said in a recent interview. (Religion News Service)

Hoping to counter popular narratives that focus on White convert Buddhists in North America, Matsumoto, his friend Trevor Yokoyama, YBE’s editor in chief, and 10 others launched YBE in January 2020. From its beginning, the platform aimed to showcase young Asian American Buddhists’ art, photography, and writing.

“We noticed that being Buddhist and being Asian American, our stories are being told for us,” Matsumoto said. “One of our big pushes is to have our communities tell our stories.” (Religion News Service)

Along the way, the YBE website has grown into a cross-media platform, featuring news, photography, and writings and discussion on Buddhism and culture. One poignant photo gallery, titled “Home is Where the Buddha Is” features family shrines that bring together generations of faith, family, and culture. An introduction to the gallery states: “For many of us in the Americas, Buddhism has not only been a religious center point but a cultural identity that has crossed the Pacific Ocean with us and has endured the same hardships that many of us have had to face.” (Young Buddhist Editorial) 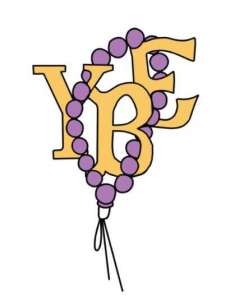 Another gallery is called Humans of Buddhism, playing off of the popular Humans of New York photoblog. There they ask, “What does a Buddhist look like? In a majority Christian society, it’s easy to visualize only the stereotypical Buddhist: a shaven head monk in robes. By sharing stories and photos of Buddhists around the country, we can break this stereotype and illustrate the beauty in our diversity.” (Young Buddhist Editorial)

Rev. Tadao Koyama, a 31-year-old minister at Tacoma Buddhist Temple in Washington and YBE contributor added: “Sometimes people associate us with these forest-dwelling monks who sit on a rock all day and meditate. Young Buddhist Editorial challenges that and shows that there’s a voice, that we have things to say, we get upset, we get angry, and that when injustice happens right in front of us, we’re going to say that’s injustice and we’re not going to hide behind our teachings and say, ‘Oh, well, all this happens for a reason.’” (Religion News Service)

Chenxing Han, author of Be the Refuge: Raising the Voices of Asian American Buddhists (North Atlantic Books 2021) noted that Asian American Buddhists are a “double minority,” facing pressure to assimilate into Christianity as a way to fit in to dominant White culture. A number of other issues face young Asian American Buddhists according to Han, including barriers of communication between different Asian cultures and ongoing negative stereotypes about Buddhism, “If all you see is the superstitious immigrant, it’s not an empowering model to look up to,” she said. (Religion News Service)

The YBE website is affiliated with Buddhist Churches of America (BCA), part of Japan’s Jodo Shinshu branch of Buddhism. The BCA is the oldest Buddhist organization in the mainland United States and currently has more than 60 independent temples and some 16,000 members throughout the US.

The anniversary event is free and open to all, with registration available at the Young Buddhist Editorial events page.

Buddhistdoor View: Involving the Young in Hong Kong Buddhism—No Easy Route
A Path to Peace: The Engaged Buddhism of Venerable Tajay Bongsa
The Bodhi Group: Singing in Praise of the Buddha
The North American Buddhist Alliance: Seeking Togetherness in Diversity
Kim Cang Monastery – the Blossoming of an American Temple