Being a Buddhist Parent during Christmas Amaya and Leela making gifts with a sangha friend. Image courtesy of the author

When my eldest daughter, Amaya, was four she started attending an afternoon daycare center in town. It was during that same year when, one afternoon in December, she returned home from school and said, “Mommy, I want to ask Papai Noel for a Barbie T-shirt for Christmas.” Then, after a moment of silence, came another question: “Is Papai Noel Jesus’s father?” I was caught completely off guard. Despite raising my family in a fairly remote Buddhist community, I was now confronted with Santa Claus, Barbie, and Jesus in one go! I did my best to clarify each of the topics with my little girl, noting that the origins of Santa Claus came much later than the birth of the baby Jesus. That evening I recounted the incident to my husband with a sense of concern. He was amused and did not quite understanding why I was upset. “I think the only real issue here is Barbie,” was his reply.

Searching inwardly for a way to reconcile my mixed feelings about the materialistic aspects of the holiday season and raising my children with Buddhist values, I remembered something that my own mother had emphasized over the years. She often reminded me that the holiday season was a time for practicing generosity. I recalled my own joy as a child awaiting my Christmas gifts from Santa Claus; my parents, even as Buddhists, had maintained the myth of Santa. My sister and I would leave snacks for him to enjoy during his nocturnal visit, and once I even remember hearing what sounded like sleigh bells ringing outside my window when I was quite little. At the time my older sister said, “Listen! It’s Santa’s reindeer!” That families are still able to enjoy this little make-believe is, I think, quite wonderful when we spend so much of our time believing in seemingly fixed aspects of reality. And so, along with the tooth fairy, we also let Papai Noel in to our homes.

For this year’s holiday season, I am renewing my commitment to make a conscious effort to teach my daughters about generosity and to encourage them to practice giving. In Buddhism, generosity can be taught as mind-training and as a method for accumulating merit and wisdom. I view speaking about generosity with my children as an opportunity for them to practice thinking of others instead of themselves. Instead of focusing on what they will receive during the holidays, I would like them to think about what they can give—and also to give without wanting something in return, without clinging to what is being given or how it will be received. The topic of generosity has provided a platform to discuss the mind and feelings with my girls. I asked Amaya: “How do you feel when you receive a gift? Would you like to give others that feeling?” Inspired by the spirit of giving and the holidays, we recently played a simple game while picking wild berries that grow by our home. My youngest, Leela, now almost three, would pick for Amaya and Amaya would pick for Leela. Even though Leela is still little she joined right in and only once ate her own pick—even then she hesitated and when it was already covered in slobber and half chewed she tried to give it to Amaya, who declined. The girls had so much fun giving each other berries that they would rush back to the hedge in search of more.

Reflecting more on the holiday season, many touching moments come to mind. Not only warm family memories, but also memories with various Buddhist teachers. When I was a teenager in California, just starting out on the Buddhist path, a group of students and I drove around the neighborhoods of Burbank with the resident teacher, admiring all the elaborate Christmas lights decorating the houses, each seemingly more splendid than the one before. After a block or so we began to recite a light-offering prayer, wishing for the light offerings to multiply infinitely for the benefit of all beings.

I also remember Chagdud Tulku Rinpoche, who was a perfect example of generosity on so many levels. The ultimate generosity was his profound teachings, but he was also warm and giving in common ways. Rinpoche always made a point of taking the residents at his center in Brazil out to dinner to celebrate Christmas. It would be a fun outing for everyone, and I could not help but be reminded of Santa a little while admiring Rinpoche’s white beard, round belly, and red robes. After my first year in Brazil, I returned to the US to visit my family, and Chagdud Rinpoche asked me, “Do you have the feeling of the night before Christmas?” I found it so curious that he would relate my anticipation and excitement to Christmas, and I was amazed at his understanding of this Western holiday. “Yes, Rinpoche, I do!” I told him, and we both laughed. 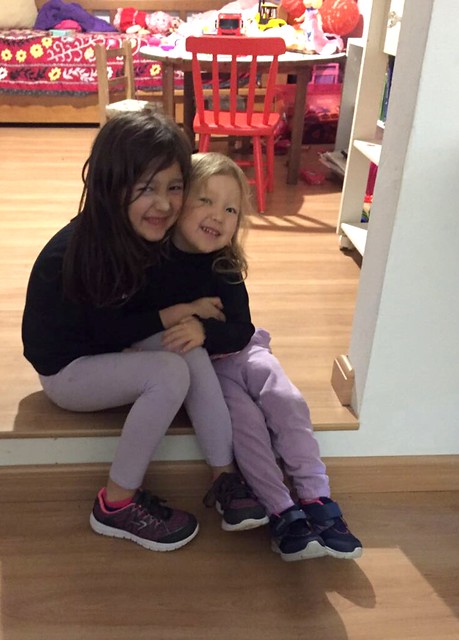 Some years ago, Amaya received the Barbie T-shirt she had requested from Papai Noel. It was her only present and she was delighted. Since then, we have maintained our Christmas tradition without an exaggerated heap of presents. This year the stakes were raised when Amaya requested her own tablet computer to play games on. I don’t think we will be able to indulge this particular request as it brings up another issue that I worry about: the excessive use of technology by children and how this may affect their concentration and the way they interact with the people around them. But I am also thinking of ways to negotiate on behalf of Papai Noel.