Imagine this: a young woman, heavily pregnant and in labor, makes the journey to a grove of trees sacred to the local goddess. The village women accompany her, and she delivers her child in the traditional way, standing up, clutching tree branches for support, held around the waist by her sister. The little prince Siddhartha was born this way in Lumbini’s grove. His mother Maya, the queen of a small kingdom, died soon after giving birth.

It’s a female-centered story concerned with the birthing traditions of an ancient culture—at least that’s the interpretation by Wendy Garling, a Sanskrit scholar and author of the new book Stars at Dawn: Forgotten Stories of Women in the Buddha’s Life (Shambhala 2016). When thinking about the historical Buddha, most of us rarely consider his mother—but the story matters, especially when placed in cultural context, says Garling. The Buddha’s birth “would have been an occasion for the village women to gather to assist Maya, share in the birthing rituals, and facilitate the delivery and aftercare of the new mother and baby,” she writes. In other words, the historical Buddha came into the world surrounded by women—the first of many times in which females played an important role in the life of the man who would become the Buddha. 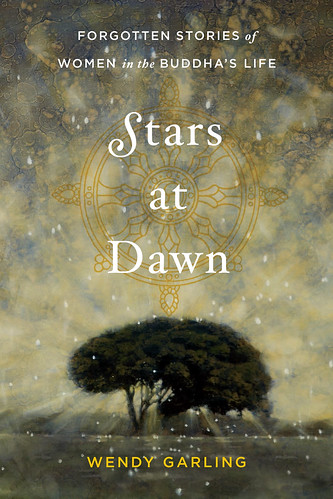 In Stars at Dawn, Garling uses lesser-known Pali and Sanskrit sources to reconstruct narratives of the women in the Buddha’s biography. The Buddha did not become enlightened in a vacuum, Garling asserts; a supporting cast of royal wives, parents and siblings, devoted followers, demi-gods and goddesses, and even a loyal horse helped him along the path. While many of the male figures in these stories remain well-known names, the women have faded into the background over the years, either forgotten or deliberately elided from the narrative. Buddhism’s patriarchal manifestation in the modern world is largely a result of such erasure. This excellent storytelling book makes a strong case for those forgotten women, delivering accessible and well-conceived arguments that rightly re-center them in Buddhist discourse.

Often challenging accepted stories, and sometimes even reconstructing an entirely oppositional narrative, Garling shows that women—not idealized figureheads, but real-life women—were essential to the Buddha’s life. These are the women without whom “he wouldn’t be where he is today.” Women who were indispensable characters in the formation of a new religion, and who motivated, nurtured, and aided Siddhartha Gautama’s journey. Rather than viewing these women as supporting cast members, Garling brings each woman to the fore, looking at evidence for her historical existence and the cultural context surrounding her role. In doing so, she traces a network of living, breathing female human beings, flawed and complex, who played essential roles in the earliest days of Buddhism.

Her central characters include Maya, the Buddha’s mother; Mahaprajapati, the historical Buddha’s aunt and foster-mother; Yashodhara, his first wife; and Sujata, the village woman who fed him the milk that sustained him beneath the Bodhi tree. Rather than idealizing these women in service to a narrative of salvation, Garling humanizes them and thereby gives them agency. This is particularly true for Yashodhara, a complex and conflicted woman who bore the Buddha’s child: “She was angry, shattered when Siddhartha left, and added to that she now faces the humiliation of scrutiny surrounding her pregnancy and her son’s paternity,” Garling tells us of the young queen. No passive conduit for her husband’s teachings, Yashodhara is animated by grief, revenge, and eventually acceptance of the new religion he has founded. Understanding the complexity of the young couple’s relationship does not take away from the Buddha’s eminence. Rather, it offers a sweet and sad dimension to the Buddha’s choices, and gives weight to his decision to leave behind the material world for the spiritual.

Garling is also not shy about exploring the historical conditions under which the Buddha and the women of these stories lived. She spends a lot of time in Prince Siddhartha’s harem, a topic that can cause some discomfort for the modern Buddhist. By exploring the roles played by the consorts, both as manifestations of desire and as real-life women living in a community of child-rearing and mutual support, Garling illustrates how crucial they were to the Buddha. Rather than blaming the historical conditions under which the women in the stories operated—often arranged marriages, concubinage, or intense poverty—she shows how the women strove to be their best selves in spite of their situations: “Indeed, these women have skillfully made the best of a man’s world by leveraging the opportunities available to them in order to further their own ends,” she argues.

It is unclear, at times, where the line between researched conjecture and hopeful supposition is drawn. Garling tends to gender-swap minor characters, such as a monk present at the Buddha’s parinirvana, based on evidence from lesser-known texts. As your columnist is no Sanskrit scholar, I cannot argue with her conjectures, but I sometimes wondered where wishing for stronger female roles crossed into a little creative storytelling. 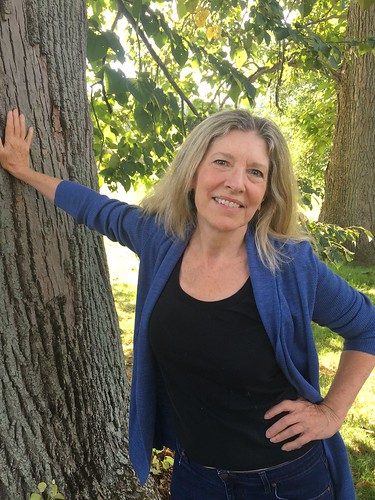 That said, Garling’s arguments are well supported, sprinkled with quotations from English translations of the Pali and Sanskrit texts and, despite all that scholarly stuff, very enjoyable for the layperson to read. The stories move at a quick pace, are full of description, and give a full and vivid picture of the lives of some extraordinary people. Garling resolutely gives evidence for full equity in the religion, digging back through sacred texts to show that later editorial intrusion is responsible for many of the misogynistic aspects of Buddhism, and that we cannot attribute such attitudes to the Buddha himself.

The variety of female characters is also refreshing. One of Garling’s goals is to show examples of both lay and ordained women in the tales. We get several noteworthy lay practitioners, including Visakha, the wealthy woman who builds monastic quarters for the new order, and Sujata, the village girl (or possibly a merchant’s daughter) who provides the starving Buddha with rice milk. In terms of monastics, Garling makes the case for women’s full ordination via the tale of Mahaprajapati, who has walked barefoot for hundreds of kilometers to request ordination from her son: “She stays slumped in the doorway awash in tears . . . of course he is shocked not only to see his queen and multitude of bedraggled Shakya clanswomen in this desperate state.” The issue of women’s ordination remains one of the touchiest for modern readers. But again, by humanizing the Buddha as a man who tried to walk away from a kingdom, only to find the kingdom following him into the mendicant’s life, Garling provides insight into the Buddha’s decision-making—choices about women’s ordination that still affect practitioners today.

In the last year, this column has covered many eminent Buddhist women who have lamented the invisibility of powerful female narratives in the religion. They have talked about reclaiming women’s stories as models and myths as a way toward greater equity. Here, Garling takes another step in that direction, offering an accessible and well-researched book of women’s stories. They are Buddhists, but they are also human, vulnerable and brash and tender. Buddhists are mothers, wives, daughters; they are businesswomen and seductresses; they are nurturing and vengeful, protective and fiercely dedicated to the spiritual path. Let us hope this is the first of many books that provide deep and varied feminine role models for Buddhist daughters of the future.