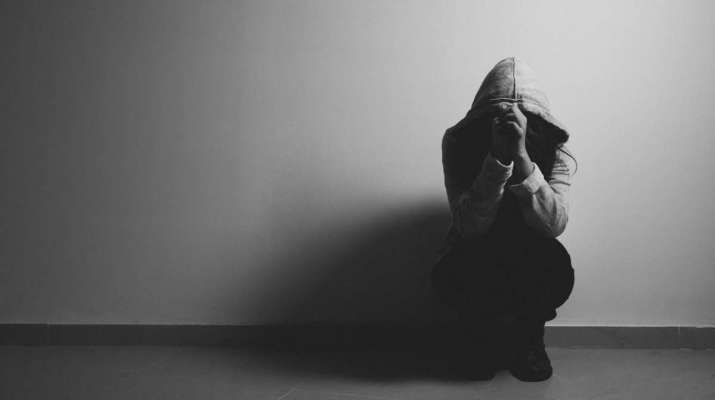 In 1966, Thich Nhat Hanh published a book called Nói với tuổi hai mươi, written specifically for young people. At that time, his target audience would have been the baby boomer generation. Despite today’s narrative of inter-generational conflict, Thich Nhat Hanh’s advice for baby boomers would be right at home in a meme for the demographic cohort now coming of age, Generation Z:

We are here today because we are aware of the situation in our society. We do not want to live in illusion or die in illusion. We must rebel against the forces that lead to a meaningless and illusory life. The secret is knowing how to rebel. There are ways of rebelling which only create more bondage and suffering. However, there are ways of rebelling that can offer us real freedom. (Wake Up)

Generation Z is more connected, self-actualizing, and open-minded. They are also among the least formally religious generations to date. If thoughtfully and sympathetically examined, this trend can offer insights for Buddhist leaders and teachers on how to best tailor their pastoral and Dharma work in a way that is relevant and timely for the Gen Z.

Gen Z—those born between the late 1990s and early 2000s—represent the future in shaping global cultural trends and giving us a glimpse of what the future might look like. Since COVID-19, there has arisen a true justification for using “Zoomer” as a catchy word for easy reference—Zoomers should be defined by the stratospheric acceleration of technologies that have become cultural markers, such as Zoom, Facebook, Instagram, and TikTok.

Increasingly easy-to-use and convenient technology has rapidly dominated how people communicate and interact, especially since 2007, when the iPhone was launched. The oldest Zoomers would have been 10. Those born after 1996 didn’t even have a period of adjustment to high-bandwidth internet, omnipresent WiFi, and on-demand entertainment, unlike Millennials. Along with another generation-defining event, the 2008 American sub-prime mortgage crisis and the Great Recession (and the many aftershocks that reverberate to this day), a new paradigm has emerged: “everyone has not just a right but a duty to choose their own worldview.” (Pacific Standard) Social media and mobile technology might have shaped Zoomers’ human interactions and personal identities, but even more radical is the acceleration of religious pluralism that overlaps with universalism and perennialism.

Memes that might seem unintelligible except to insiders, self-referential hashtags, influencers—this is the world of the Zoomer, and religion itself is becoming a part of this technological ecosystem. Alienation, cynicism, and fear of an uncertain future are not outliers to the Zoomer experience, they are core to it.

As one author rightly argues, despite COVID-19 making as much of an impact as 9/11 did on Millennials or Vietnam on baby boomers, generations should not be defined by the disasters of their age, but rather by how they shape their era: “That's appropriate for a precocious cohort that uses social media to catapult into forums and institutions long controled by elder statesmen—and to write the narrative about how they want to be perceived.” (NBC news) Religious authority is inevitably diluted in the face of this paradigm. The onus is no longer on the young to meekly tremble and obey, but on religious leaders to “pitch” and “audition” their tradition to a sceptical Zoomer audience. If they are not impressed, they will simply “swipe left.”

Buddhism, since its diffusion in the West, has commonly framed itself not as a direct church alternative to Christianity, but as a new paradigm of thinking more about an approach to life than strictly a religion. The shaping of the Western Buddhist experience by Dharma leaders—an ambivalent balance between Buddhism as experiential philosophy and formal commitment—has corresponded with the decline of institutional Christianity in the US. Today, Zoomers are the most non-religious generation: “About one third have no religion—about the same proportion as among Millennials—compared with 23 per cent, 17 per cent, and 11 per cent among, respectively, Generation X, baby boomers, and the Silent Generation.” (Pacific Standard) However, this is a demographic calculation based on institutional affiliation. Interest in a higher purpose or lasting meaning in life, while a considerably broader definition, does encompass religious concerns.

Results from Stanford University’s iGen Project seem to reflect the Zoomer bifurcation of religion into two aspects: organized worship and personal values. Zoomers do not identify with the first, displaying increasing suspicion of institutional affiliation. Many see organized worship as too often conflicting with their personal values. Religion takes on a distinctly more positive tone for Zoomers if the political, social, and cultural positions of a religious institution is in concord with their values. Commonly, these values reflect liberal views, such as an appreciation for ethnic diversity, gender equality, acceptance of different sexual orientations, and gender fluidity. Zoomers are immersed in a culture of tolerance and connectivity, and expect their faith tradition to reflect this culture back. Without such an assurance, Zoomers will quickly abandon a congregation or sangha.

The Zoomer zeitgeist of individual choice, self-actualization, and self-expression has “personalized” religion, for better and for worse. The dynamic is part of a live-and-let-live approach to life that mirrors the ideals of liberalism and tolerance: “this generation [has] a vast menu to choose from, thanks in part to the Internet. They browse what's on offer and sometimes listen in on different groups before they get involved and make their commitments, online or off-. They are looking for something meaningful, something that fits. If it doesn't work out, they can move on.” (Pacific Standard)

In Nói với tuổi hai mươi, Thich Nhat Hanh’s message to the boomers of his youth mirrors the priorities that are reflected in what today’s Zoomers call “elective identities” rather than “ascribed” ones:

I don’t want to make you into a “perfect Buddhist.” Nor do I ask you to give up the joys of youth. Rather, I want to see you free, free to grow and touch real happiness. . . . Study your religion intelligently, in all its depth and beauty, so that it can nourish your spiritual life. A healthy religion is a living religion. It should be able to evolve and learn to respond to the difficulties of our time. Meet with friends from other religions. Open your hearts to one another and learn to work together. Work with the pure intention to serve people, and not to expand the power and influence of your own group. Religion must serve humanity, not humanity religion. Don’t let anyone suffer or lose their life in the name of religion. (Wake Up)

In these warm and wise words, Thich Nhat Hanh directly reflects the faith concerns of Zoomers: the recognition of the role of free agency and choice in a religious path, the realization of an intensely personal, tailored “elective identity,” and the normalizing of questioning authority—including one’s guru or preceptor. Among the West’s diverse faith traditions, Buddhism is well-placed to apply the kind and loving vision of Thich Nhat Hanh, which seems ideally positioned to appeal directly to this youngest of generations.

This is not to say that authority is irrelevant, however, and the high rates of depression and emotional conditions in Gen Z could be partially attributed to the atomization of the individual, the unmooring of community, and the wholesale discarding of “tradition.” Nevertheless, tradition will no longer operate in a one-way hierarchy of transmission to the young, but rather almost as a dialectic in which both sides grow for the benefit of each other.

Zoomers nominally believe in everyone’s personal journey and self-actualization. They also feel more alienated and distrustful of traditional authority structures, from politics to legacy media to religion, than any other generation. Many supporters of the Buddhist sasana today are humble enough to accept that the rules of the game have changed, from humanistic Buddhism to engaged Buddhism, and even these adaptive, period-relevant patterns of Buddhist thought are evolving for a post-COVID world.

Thich Nhat Hanh’s Message to the Youth (Wake Up)
Defining generations: Where Millennials end and Generation Z begins (Pew Research Center)
On the Cusp of Adulthood and Facing an Uncertain Future: What We Know About Gen Z So Far (Pew Research Center)
Gen Z is the least religious generation. Here’s why that could be a good thing. (Pacific Standard)
How gen Z’ers are remaking religion to suit their values (Pacific Standard)
Coronavirus and Zoom have marked a generation. Let's call them Zoomers (NBC News)

Toward Liberation: Dismantling Racism and Bias in the Sangha
Coping with Fear, Anxiety, and Panic During the Pandemic
Buddhistdoor View: Finding the Right Balance with Social Justice Causes
Making a Difference: Radical Happiness
Book Review: Love and Rage: The Path of Liberation through Anger