“Hatred is never appeased by hatred in this world; by non-hatred alone is hatred appeased. This is an eternal law.” Dhammapada v.5

“Put love where there is no love and you will find love” St. John of the Cross, Letter to Mary of the Incarnation, 6 July 1591

The building of the International Centre of Teresian and Sanjuanist Studies (CITeS) in the city of Avila in Spain is not what one might expect of a research centre, being in the shape of a star. On 27–30 July, this architectural marvel of spaciousness and luminosity is to host the First World Encounter Teresian Mysticism and Interreligious Dialogue: Theravada Buddhism and Teresian Mysticism — Meditation and Contemplation, Pathways to Peace, co-organized with the Centre of Buddhist Studies (CBS) of the University of Hong Kong (HKU). 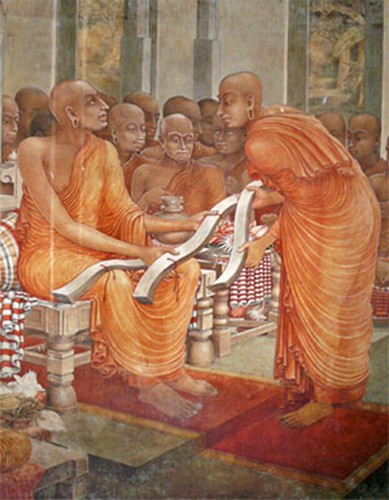 As we look around ourselves in our daily lives, there is no escaping that our world is painfully and sorrowfully divided by inflexible adherence to different ideologies: religious, political, cultural, and ethnic. There is a desperate need for us to understand ourselves and our values, and those of others who are different from us. How are we to go beyond the narrow boundaries of our own perceptions to embrace the wonderful plurality that is around us? How can we close the divide between “us” and the “other?” Genuine interfaith dialogue is surely a way forward in this direction to reduce ignorance, fear, and misconceptions about the religious “other,” and to arrive at tolerance and mutual respect, hopefully ending in friendship and mutual love.

Through dialogue we embrace what is similar while being aware and appreciative of the differences. Fundamental differences are markers of the uniqueness of one’s identity. We recognize, accept, and go beyond these points of contrast to focus on what we share as we make our journey along our various spiritual paths. Theravada meditation and the Carmelite path of contemplative prayer both merit attention and exploration as part of this shared commonality. In the essence, both spiritual traditions deal with similar problems pertaining to the human predicament, but viewed from different perspectives. 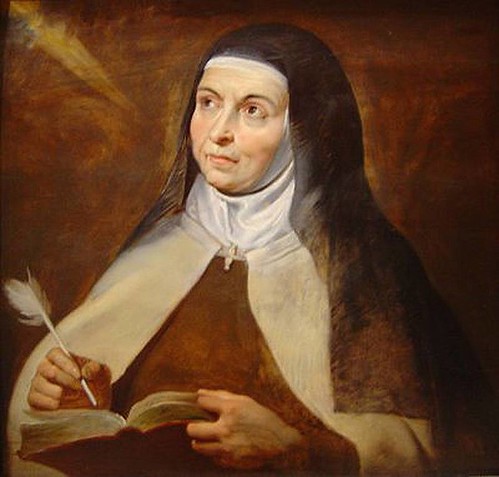 St. Teresa of Avila from art-y-cultura.blogspot.hk

The Buddha himself recognized that virtue, truth, and value can be found in other religious traditions. Throughout the Pali Canon, many examples can be found where the Buddha wholeheartedly entered into conversations about morality and the spiritual path with non-Buddhist contemporaries. In the Udumbarika-sihanada Sutta (DN 25), the Buddha acknowledges the merits of other religious creeds: “Let those points of your doctrines which are good . . . remain so still,” and encourages the wandering ascetic Nigrodha not to abandon his faith: “Let him who is your teacher remain your teacher.” In the Mahasihanada Sutta (DN 8), the Buddha adopts a modus operandi in which topics of fundamental differences are ignored in favor of areas of agreement or common ground. Important early Buddhist scholars—for example Etienne Lamotte—were members of holy orders of the Roman Catholic Church. In our own time, the Dalai Lama and Thich Nhat Hanh vigorously continue this tradition of interfaith dialogue. In St. Teresa of Avila herself, values so much shared and admired by Buddhists, such as compassion, generosity, and gratitude, can be found in abundance.

Buddha consistently reminds us that the spiritual path culminating in the end of suffering and liberation involves understanding and penetrating morality (sila), concentration (samadhi), and wisdom (panna), the constituent parts of the Noble Eight-Fold Path. Similarly, the conference will explore how Buddhist meditation and the four jhanas contribute to attaining the spiritual goal in comparison with how mystic prayer and contemplation followed by St. Teresa of Avila does this within the Carmelite tradition. What are the points of similarity, and differences in approach, experience, and goal?

St. Teresa of Avila (1515–82) introduced reforms to the Carmelite Order of her time to curb abuses and irregularities in observance, and founded the Order of Discalced Carmelites, bringing back more austere rules and a life of solitude and prayer based on meditation and contemplation, showing many parallels with samatha, or the calming meditation of Buddhism. As she wrote in the book Interior Castle: “. . . all of us who wear this sacred habit of Carmel are called to prayer and contemplation.” Christianity and Buddhism are at opposed extremes in terms of doctrine. The spirituality of St. Teresa is rooted in the belief of God, creator of heaven and Earth, and an eternal soul made in His image and likeness. Through contemplative prayer, one seeks a union with God. In contrast, Buddhism is a non-theistic religion which postulates that everything that exists arises through dependent origination and professes the doctrine of anatta or non-self. The spiritual goal is to end the cycle of samsara and not be reborn.

In view of these profound divergences, it would seem that a dialogue between the Carmelite Order and Theravada Buddhism should present greater difficulties than with other religions. However, at the experiential level, which the conference will explore, there are numerous points of contact between these two spiritual traditions. 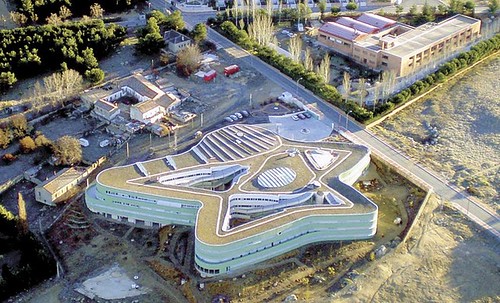 The four-day conference is to be held in the beautiful medieval Spanish city of Avila, which lies about an hour from Madrid by train. Participants will have plentiful opportunities to meet with experts from both traditions who embodyvast knowledge of doctrine and practice from both an intellectual and experiential point of view. The program will include presentations, panel discussions, and meditation, contemplation, and chanting workshops (from both Buddhist and Carmelite traditions), all in an atmosphere of conviviality and fraternity. It is hoped that the conference will highlight how the two traditions delineate moral values that address hatred, greed, and selfishness, which are at the root of violence. Meditation and contemplation are the most effective tools for inner peace of the individual.

At the conclusion of the conference, participants are encouraged to travel around Avila and other parts of Spain before returning home, including Toledo, a city of three traditions (Christianity, Judaism, and Islam), which is a short skip and a jump from Avila.

Marginalized and Ignored: The Corrosion of Bangladeshi Minority-Government Relations
The Wild Geese of Buddha and Christ
Exploring Buddhism’s Tensions With Modernity: An Interview with Prof. David McMahan