Moonbeams of Mahāmudrā: Perspectives on a New Translation by Elizabeth Callahan 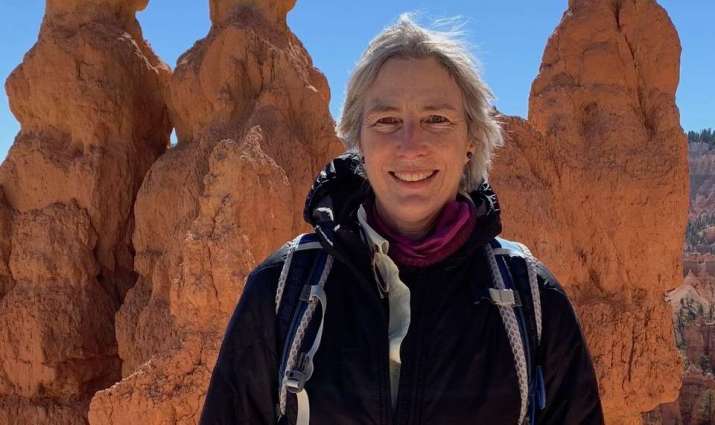 Translation is fraught with methodological difficulties and dilemmas, and it is hard to say for certain what precise mix of ingredients makes for a “better” translation. However, I believe that a balance of linguistic rigor and an insider’s devotion or practitioner’s sensitivity can bring a translation to life in a unique way. Elizabeth Callahan is the most recent translator to offer a full rendition of Moonbeams of Mahāmudrā by the Tibetan master Dakpo Tashi Namgyal (1513–87). This voluminous work is devoted to mahamudra, the most important path of practice in the Kagyu traditions. Dakpo Tashi Namgyal is understood to be the first recognized incarnation of the tantric master and founder of the Dakpo Kagyu school Gampopa (1079–1153), the latter’s distant relative, and the 17th throneholder of Gampopa’s monastery. The extant institutions of Kagyu, including the Drukpa Kagyu, the Karma Kagyu, and the Drikung Kagyu, all trace their lineages to the Dakpo Kagyu.

Elizabeth brings more than three decades of practice, meditation, and retreats to the table. She began practicing formally in 1977 and met Khenpo Tsültrim Gyamtso Rinpoche 35 years ago. After her formal refuge taking she attended two three-year retreats at Kagyu Thubten Chöling in New York, and subsequently became a Tsadra Foundation fellow in 2002. As a senior student of Khenpo Tsültrim Gyamtso Rinpoche she is eminently qualified to offer this new translation.

Her book, published only this year by Shambhala’s imprint Snow Lion, has been endorsed by both His Holiness the 17th Karmapa and Khenchen Thrangu Rinpoche. Her translator’s introduction is also incredibly informative, providing an extensive commentary about the historical context in which the book emerges. Elizabeth further provides a translation of one of the mahamudra texts by the Ninth Karmapa, Wangchuk Dorje (1556–1603), titled Dispelling the Darkness of Ignorance. This is intended as a complement to the main text. 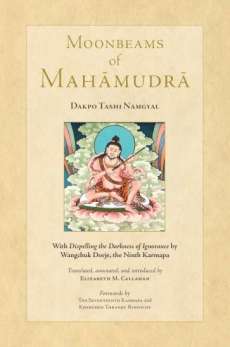 It took a cumulative three-and-a-half years to complete this translation, but its conception had a long gestation period, going back some 25 years when Elizabeth heard from friends that her teacher was voicing an interest in a new English translation of Moonbeams. The text had already undergone various translations before, including works by Lobsang Phuntshok Lhalungpa and Traleg Kyabgon Rinpoche (1955–2012).

“People have slightly different ways of language and emphasis. They are neither better nor worse,” Elizabeth says, noting that her language is closer to Traleg Rinpoche’s, while also crediting Lhalungpa’s contribution during a time when such translations were rare.

“Technology really saved me here,” she says, emphasizing the importance of accessing digitized archives. “In particular, I found Paul Hackett’s digitized database, the Buddhist Canons Research Database, really helpful. Overall, commentaries from the 14th, 15th, and 16th centuries are compilations of past perspectives of teachings, so you need a lot of time to bring a lot of texts together.”

Moonbeams, as a gom rim (“stages of meditation) text, follows this methodology: Elizabeth’s introduction observes that Dakpo Tashi Namgyal “combined numerous sources and instructions on mahamudra and śamatha and vipaśyanā meditation to create this comprehensive guidebook to the cultivation of mahamudra.” (xli)

The objective of mahamudra practice is, as the structure of Moonbeams indicates, to unite shamatha and vipashyana and to realize ultimate emptiness. As the Ninth Karmapa wrote in his eighth session of Dispelling the Darkness of Ignorance, “Emptiness is the nature of mind, clarity is its characteristic, and [their] unification is its essence. It is free from all extremes of elaborations, such as good and bad; arising, ceasing, and abiding; existence and nonexistence; and permanence and impermanence. It transcends speech or thought and is beyond identification. And yet there is something to be experienced: it is sharp, naked clarity, which is of the nature of bliss, clarity and nonconceptuality.” (520) The subsection of “Pointing Out the Connateness of Mind-Itself,” in the section “The Actual Pointing Out of Connateness” (in the 10th chapter of “Pointing-Out Instructions”), captures this mahamudra spirit:

Śamatha rests right within vipaśyanā: reflexive awareness and reflexive clarity. Vipaśyanā is reflexively aware of and clear about the qualities of śamatha: resting in the nature of mind with its essence not veiled by conceptual characteristics. (273)*

Elizabeth has completed a truly ambitious work that deserves a warm welcome from the Buddhist and academic communities alike. The translation invites further study of this monumental text by Kagyu and Tibetology circles. Elizabeth put it best: “As a large book this manual can be overwhelming. It can be engaged with in an experiential way, bit by bit, over a long period of time. It is important to make this a living path that transforms your mind. That’s how you can experience the power of this book.”

* Just above this summary is a more detailed elaboration of what must be done to achieve unity between shamatha and vipashyana: “Let your mind be naturally settled in its intrinsic state, free from the faults of dullness or agitation, not distorted by positive or negative thoughts. Then look with your mind at the abiding state, or abiding mode, of that mind. When you do, all subtle and coarse manifestations of thoughts are not blocked—they are self-dissolving, self-purified, self-pacified. . . . Since mind rests in the abiding state of mind, that is called śamatha. . . . The essence of mind is clear yet unceasing; it is reflexively aware and reflexively clear. The way it is aware and the way it is clear are inexpressible. Its manifestation is that of vivid brilliance. When there is just that little bit of something experienced or something in which you have confidence, since that involves the thorough differentiation of observed phenomena, it is called vipaśyanā.” (273)

Praying for Peace: Reflections on the Kagyu Monlam Chenmo
The Fierce Power of the Divine Feminine: Lama Tsultrim Allione
Lost in Translation