Sydney-based and Italian-born academic Chiara Neri became fascinated with Buddhism when she was in high school. She recalls her teacher for French and English giving her a few books after a trip to India, and among them was one about the thoughts of the Buddha. That was when she decided she wanted to become more familiar with the topic. “At university, I had the opportunity to meet several excellent professors—Prof. Corrado Pensa taught me Indian religions and philosophy, and Prof. Rafaelle Torella imparted to me a knowledge of Sanskrit. Both of them would shape my future choices and direction of study,” Chiara noted. 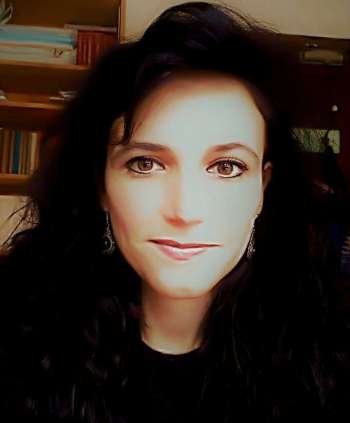 Rome’s Sapienza University is an institution with high standards and a welcoming campus. It does, however, lack certain essential Buddhist studies-related fields. “Unfortunately there was no opportunity to study the Pali language at Sapienza,” said Chiara. “Ever since I realized my great interest in Buddhism I had always hoped to read its textual sources in its earliest recorded language. Luckily, when I was working on my MA thesis (a comparative work examining the Pali and Sanskrit concepts of emptiness), a Sanskrit academic, Claudio Cicuzza, offered to help me learn Pali and guide me in completing my paper.”

For her doctoral thesis, she began the study and translation of certain chapters of the Sarasangaha, a medieval text from old Ceylon, into Italian. This topic put her in the position to be awarded this year’s Robert H. N. Ho Family Foundation Grant for Critical Editions and Scholarly Translations.

“The Sarasangaha is a very particular text because it is almost completely composed of quotes from other texts,” Chiara explained. “The book is divided into chapters; each of them dedicated to different topics (the aspiration to become a Buddha, the explanation on the nature of man and woman, gods, atmospheric phenomena, meditative practice, and so on). The author was probably a monk who, to explain the topics in question, collected quotations from other texts from the Pali Canon and even more often from the commentarial literature.

“At the end of the text there is a colophon which tells us that the author is a monk called Siddhattha Thera, who was a disciple of a famous master called Buddhappiya. The problem, however, is that there are two famous monks called Buddhappiya who lived almost in the same period, so we must match this information with other elements: because of some works that are mentioned in the text itself, we know that it was written after 1200 and based on other works mentioning this text, we know that it existed by 1450 at least.”

Sri Lanka during the 13th and 14th centuries was several worlds apart from the island today. “This work probably marked part of a period of great rebirth for medieval Ceylon, because many scholars from southern India, including a certain Buddhappiya, arrived in Sri Lanka,” said Chiara. “In the monasteries there was a great reform of monastic life, a purification of the sangha. There was a renewed push in the direction of both scientific and religious learning, which probably also influenced the choice of topics dealt with in the Sarasangaha.” The Temple of the Tooth in Kandy, Sri Lanka. From whc.unesco.org

Some might define this text as an anthology, but Chiara believes that the word cento is more appropriate. Cento refers to how literary works in medieval Europe might have consisted purely of quotes from other sources. “The fact that this work collects explanations on different topics has led some scholars to believe that this work was used as a manual for the monks, as opposed to another very similar contemporary text that seems dedicated to the laypeople. I have not yet found any elements that decisively demonstrate that this is indeed a monastic manual, but my work is still in progress,” said Chiara.

I asked Chiara about the current situation of Pali Studies, itself a minority interest in the relatively niche discipline of Buddhist studies. She hopes to finish the translation of the Sarasangaha before collaborating on a book with a colleague from the University of Cagliari in Sardinia, Prof. Tiziana Pontillo. She then hopes to transition into Buddhist philosophy rather than linguistics, so that she can build a solid basis for doing comparative studies between Buddhism and other faith traditions.

“I personally know several good Pali scholars around the world. The problem is that Pali is often not included in university programs, since there are not many students and because it is not like a STEM (science, technology, engineering, and mathematics) subject,” reflected Chiara. “In Europe, and in particular in Italy, a country where there is no Pali language and literature chair and is suffering significant public cuts to education, it is not easy to keep Pali studies alive. This is a great pity, since there are still many texts that need to be translated in order to understand Early Buddhism. I am truly grateful for this occasion afforded to me by the Robert H. N. Ho Family Foundation’s grant,* and for all the support the family offers to all scholars in the field of Buddhist studies.”

The American Council of Learned Societies (ACLS) invites applications in the 2018-19 competition year of The Robert H. N. Ho Family Foundation Program in Buddhist Studies. In cooperation with the Foundation, ACLS offers an integrated set of fellowship and grant competitions supporting work that will expand the understanding and interpretation of Buddhist thought in scholarship and society, strengthen international networks of Buddhist studies, and increase the visibility of innovative currents in those studies.

• Postdoctoral Fellowships: two-year stipends to recent recipients of the PhD for residence at a university for research, writing, and teaching

• Research Fellowships: one-year stipends for scholars who hold a PhD degree, with no restrictions on time from the PhD

• Grants for Critical Editions and Scholarly Translations: one-year stipends for collaborative or individual projects focused on the creation of critical editions, translation of canonical texts, and translation of scholarly works

• New Professorships: multi-year grants to colleges and universities to establish or expand teaching in Buddhist studies

These are global competitions. There are no restrictions as to the location of work proposed, the citizenship of applicants, or the languages of the final written product. Applications must be submitted in English. Program information and applications are available at http://www.acls.org/programs/buddhist-studies/.

After His Memory Fades: Exploring Buddhist Textual Narratives with Channa Li
Buddhist Studies, Past, Present, and Future: An Interview with Dr. Donald Lopez, Part One