Science and the Rainbow Body, Part 7: How the Elements Become Light Body 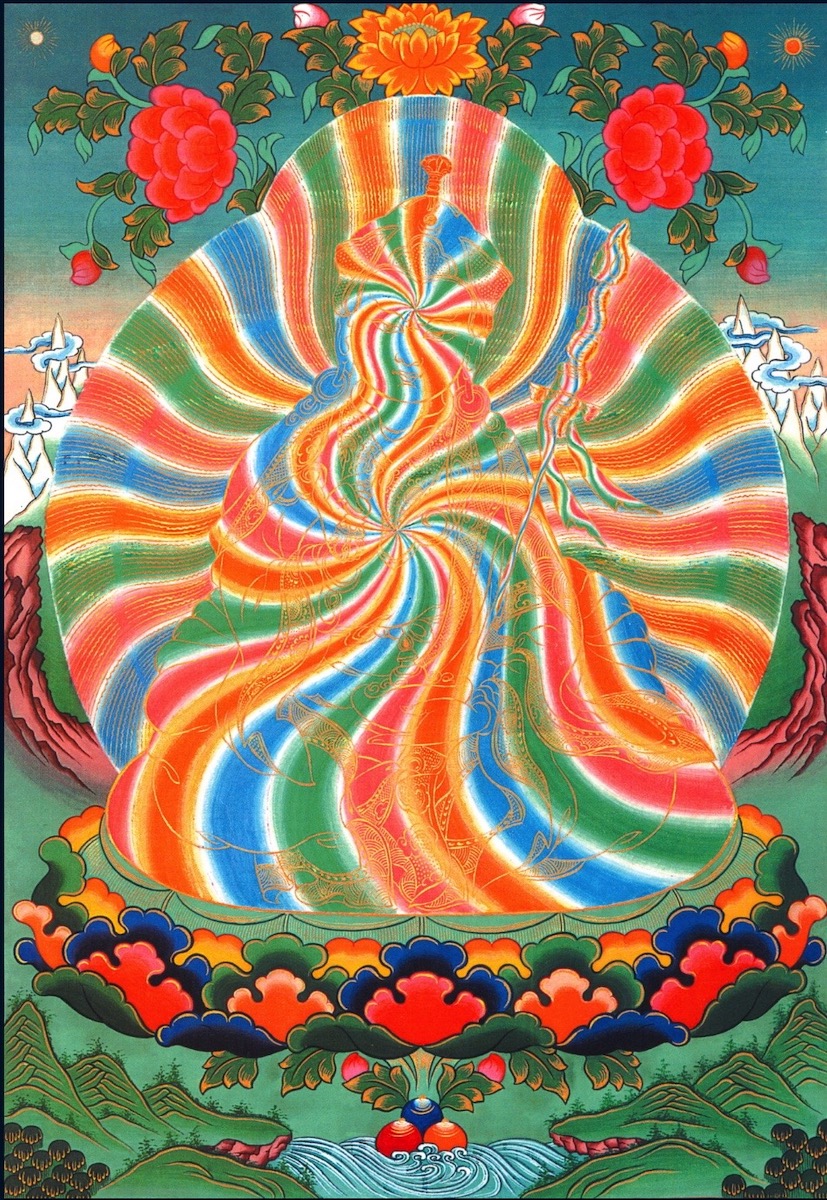 Within the great enterprise of Light Body creation is a great mystery that is rarely addressed: what is the relationship between the Five Elements and the transformation of a physical form into one of gossamer radiance? We purify the elements through the practice of visualization, mantric sound, concentration on body areas, manipulating energy streams, and yogic postures. We work with the chakras, circles, letters, and sounds within them, stream energy through a vast network of energy channels—the nadis or tsa. But how does this translate into the kind of shift we are seeking, from the material to the non-substantial? Indeed, all this purification activity has a purpose and an end goal other than purity for purity’s sake alone. It is part of the truly magical process of how flesh becomes spirit-like.

The essence of that wizardry might be surprising as it is the fusion of the Five Elements, the coming together of the trillions of “atoms” of Earth, Water, Fire, Air, and Space, into something completely other, something that we might call “light atoms.” This is the core reason why those years and decades of purification are needed. Without this preparation, the impure Five Elements simply cannot come together. Think of a group of colored magnetic steel balls that need to unite, but their surfaces are too dirty, coated with some kind of gunk, some plastic layer. Their magnetic charges cannot pass through this useless layer. That kind of padding represents our accumulated karma, our patterns of biological, psychological, and especially spiritual distortion. Once this husk is removed, the extraordinary becomes possible.

But there is also a secret sauce here—another ingredient necessary for the alchemical transformation of five into one. We are already familiar from previous articles in this column, or our own studies, with the necessary catalyst for Light Body gestation. When the white masculine polarity, the father seed residing in the head, meets the red feminine mother seed which rests in the belly, a cosmic forge is created. Enlisting the lower winds and pelvic or digestive fire, we ignite a blaze that can cook and congeal the entire elemental mix. This alchemical process is the tummo of the Tibetan Buddhists, the kundalini of the Hindus, the neidan of the Daoists, the sacred marriage of mystical Christianity, and the whole process of medieval alchemists. This final result, the unified light atom, may be analogous to, or even identical with, the recently discovered pentaquark—five quarks held together by some unknown matrix, a seemingly perfect vehicle for non-corporeal consciousness. Chakra diagram from an old Hindu manuscript,. Image courtesy of the author

While the exact physics of this form is not yet understood, what we do know is that it co-exists with the physical form. Attaining a working Light Body does not supersede or somehow displace the physical form. But at death, when the organism built of proteins, fluids, fats, starches, and minerals becomes inert matter and is no longer a vehicle for life, the so-called Light Body or Rainbow Body bursts forth. Sometimes such fortunate beings dissolve into pure light, showing that the physical form was a mere holographic representation—light simulating solid matter. At other times the human form shrinks down to the size of a small child, as the existing percentage of pure five-element luminosity merges and pervades open space. And at other times, it is only when the body is cremated that signs of a major transformational event ripple through the whole fabric of reality, such that multiple rainbows pervade a clear sky, and other manifestations.

Living and dying into light

We can see that the process of dying and of the birth of the Light Body are, in many ways, opposite. The teachings of Vajrayana tell us that at death the elements dissolves into each other, one by one, in stages. Earth merges into Water. Water dissolves into Fire and Fire into Air. Air moves into Space and finally merges with consciousness itself. Of course there are simultaneous inner and outer experiences for the individual who is undergoing the dying process. But this about the departure of the enlivening elemental forces from the elemental shell; the break-up of the remarkable fusion of the elements and sub-elements into a vehicle of life.

For the Light Body, the process is reversed. Now they combine, fuse, merge, rather than dissolve or dissipate. The whole becomes much greater than the sum of its parts. This is echoed in the uniting of the sperm and ovum in the elemental creation of the human form. Science understands something about DNA, which dictates the making of proteins, but has no clue as to how the form or shape of a human being occurs. In the same way, there is no understanding of what force holds the pentad quark together. We can speculate that it is the famed “sixth buddha” (or sixth element of certain traditions such as Shingon and certain Shaivite lineages), which is none other than consciousness itself. This connotes a meaningful and intelligent design, a true coming together of wisdom (consciousness) and skillful means (the Five Elements) that is the basis of the Vajrayana path. Back to the mandala

Now the well-known mandala of the Five Elements, central to the whole of Tibetan Buddhism and Hindu tantra, takes on quite a new and additional meaning. It is, in fact, not just a representation of the composition of the world, of the body, and of the mind. It is also a picture of a light atom, the final product of the extraordinary transformation that is our potential, our birthright. Detailed drawings and three-dimensional constructs of mandalas give an even deeper understanding of what the Rainbow Body particle might look like, symbolically and in terms of an as yet unknown biophysics.

In the next article we will tackle the tangled and tortuous story of the chakras as a necessary knowledge for Rainbow Body creation, and the strange fiction that pervades the Western concept of yogic energy centers.