Sitting in her hotel room in Kathmandu in 2014, Kathryn LaFever felt awful. A professor of international studies at Miami University in Oxford, Ohio, she was on a research trip to learn about the lives of contemporary Buddhist nuns in Nepal. However, drinking some unclean water had made LaFever sick and she was unable to leave her room to conduct her research.

LaFever had been interviewing Buddhist women in Kathmandu nunneries and what had struck her most of all was how active the nuns were. Rather than living lives of quiet, solitary contemplation, as a Western observer might expect, they were actively engaged in the outside world, “taking classes, teaching classes, doing things in the community,” LaFever recounts. Impressed by their scientific and service-oriented spirit, she wondered if the nuns could contribute to improving the water quality in their own communities. “I was sitting there, miserable, thinking that if the nuns were in charge of water I bet something would get done,” she recalls.

Thus was born STEM Tara, a non-profit organization with the goal of “empowering Buddhist nuns in the 21st century” through science. LaFever’s organization hopes to offer training and educational opportunities for Himalayan nuns in the fields of “STEM,” or science, technology, engineering, and mathematics. Although literacy education for Himalayan Buddhist nuns has been pursued in the past, LaFever’s focus on science is new. By offering training that women need to better aid their communities, LaFever hopes to align science education with the Buddhist ideals of compassion and alleviation of suffering, as well as to facilitate sustainable development projects. 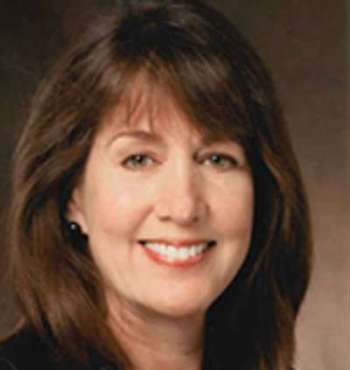 As an outsider in Nepal, LaFever is aware that the need for STEM education must arise organically from the nuns themselves. Her own interest, she says, comes from the genuine needs she saw while conducting her research. “Among the women I interviewed were some who had an environmental club to educate the community about the environment and recycling,” she says. “They would go into the community and clean up parks. What’s lacking is not the will and motivation; what’s lacking is the education.”

LaFever often cites the Buddhist nun and social activist Karma Lekshe Tsomo, a leader in education for Buddhist nuns, as an intellectual precursor to her work. “Equitable educational opportunities for women is a human rights issue,” LaFever wrote in a 2016 paper outlining her goals for the STEM project, hearkening back to Lekshe’s ideas. And though she is not herself a Buddhist, LaFever feels a connection with Buddhist philosophy “and the work that’s being done in that spirit.” In her mind, sustainable development goals—improving infrastructure, water quality, and environmental protection—seem harmonious with the goal of empowering women globally and with Buddhism’s focus on compassion for all living beings.

His Holiness the Dalai Lama has often spoken of the cooperation between science and religion, and has sponsored science education initiatives in schools in northern India. Other non-profits have picked up on His Holiness’ support for science education, and initiatives such as Science for Monks work toward training teachers in STEM disciplines. One of the most interesting STEM programs is the Emory-Tibet Partnership, in which science faculty from Emory University in Atlanta, Georgia, travel to teach monastics during the summer, and six monks at a time study science and mathematics at the university in the US. The exchange is intended, according to their website, to “create indigenous Tibetan monastic science teachers by providing additional science training at the university level.”

Although they are science opportunities, these are largely programs for men. Nuns, who often live in greater poverty than monks and have less access to educational opportunities, have not yet been considered as particularly in need of science and math education. What, after all, does engineering have to do with the Dharma? LaFever is passionate in her belief that there is a deep connection. She “regards STEM education as a kind of transformative education devoted to relieving material and social suffering in the world,” according to her 2016 paper. In other words, by solving problems of water quality, engineering better schools, and working on environmental preservation, the women will be better able to serve the sangha and enact the Dharma in the world. STEM Tara remains a relatively new venture, and LaFever hopes to begin programming online. Connecting nuns with science and math courses online, she says, will be the first step. The challenge is to make the venture an authentic one, stemming from the lives of the women and their genuine needs. “These abbeys are already major educational institutions,” LaFever points out. “It’s just time to make sure that women, as well as men, have access to those resources.”

More from Women in Buddhism