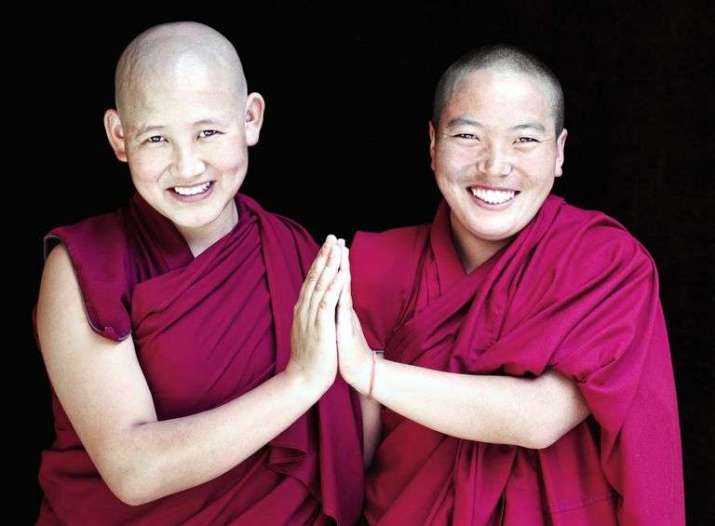 Photo by Matthew Wakem. From pinterest.com

Buddhist women—lay and monastic alike—make up half of the Fourfold Sangha. Naturally, they too should benefit from equal access to all Buddhist institutions, but the painful truth is that this ideal has not always been realized throughout history, and even today women continue to be underrepresented and denied rights and respect.

We at Buddhistdoor Global believe that when women are provided with equality, opportunites, and inclusion, the Fourfold Sangha and by extension Buddhist society as whole is elevated. In order to grow toward progress as a global sangha we need women, both monastic and lay, as teachers, students, and practitioners, just as much as we need men. We need to work together and to listen to each other. To support women on the Buddhist path and to inspire others to open their hearts and minds to their voices, we attribute our special issue for 2018 to the Women of Buddhism.

Like many other Buddhist media platforms, Buddhistdoor Global is working hard to ensure a truly authentic, authoritative, and honest representation of Buddhist women throughout our work. But this year we aims to try something new: rather than simply conducting interviews or writing about the inspiring women that we meet, we have asked women from various Buddhist traditions, of different ethnicities, ages, and backgrounds to share their own stories from their own perspective. Women of Buddhism is about their journey, their struggle, and their insights, told in their own voices.

Keep an eye on our special issue page for quarterly updates. To ensure inclusion and representation, each update will include one article from a laywoman and one from a monastic, representing all schools and geographical regions.

We hope you enjoy reading the stories presented here! Sarah Beasley (Sera Kunzang Lhamo) is an ordained lay practitioner (ngakma) within the Dudjom Tersar lineage of the Nyingma School of Vajrayana Buddhism and a columnist of Buddhistdoor Global. In this article she shares how she dicovered the treasure of her lineage. 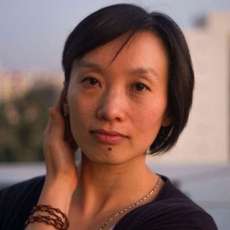 Transmuting All Things in Life into Wisdom

Liu Yingzhao grew up in China and is now is director of user experience design at LinkedIn. She lives at Jikoji, a Zen Centre, an hours drive from the busyness of Silicon Valley. Here, she discusses her path to integration. 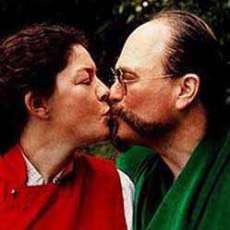 The Path and Practice of Vajra Romance​

Khandro Déchen is a teacher of the Nyingma tradition of Tibetan Buddhism. She fell in love and married her (former) teacher Ngak’chang Rinpoche, with whom she now teaches. This is her Vajra Romance. 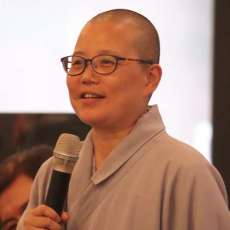 Ven. Chang-Hwa, Ph.D., director of the Chan Meditation Center, received her Ph.D. in biochemistry from the University of North Carolina at Chapel Hill, and did her postdoctoral research at UCLA in biophysics. After completing monastic training, she received full ordination in 2005. Venerable served as the director of the Department of International Relations and Development at Dharma Drum Mountain (DDM) Taiwan. 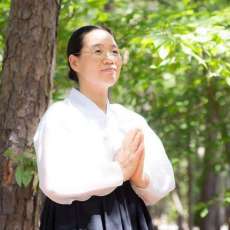 My Journey on the Path of Won Buddhism

Reverend Won Gong (also known as Rev. Wow!Gong) began her training in 1988 and was ordained in 1994 after seven years of intensive training in Korea. As a pioneering Won Buddhist priest in the West, she has established temples in Chapel Hill and Raleigh, North Carolina. 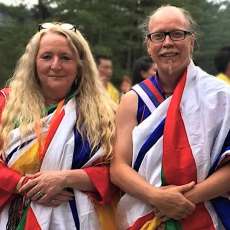 Mé-tsal is an ordained teacher within the Aro gTér tradition of Nyingma Vajrayana Buddhism. She and her husband Naljorpa Ja’gyür Dorje teach publicly and have personal students in Britain, mainland Europe and South America. 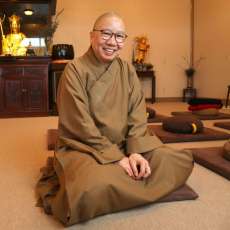 The Sensitivity of a Mother​

Venerable Yin Kit is a Buddhist nun from Hong Kong. As a young and newly ordained nun, she moved to Canada to spread the Dharma in the West, a tasks she mentioned that required the sensitivity of a new mother, pregnant for the first time, selflessly caring for the needs of her child. 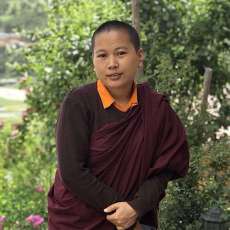 My Story: Walking the Path of a Female Monastic in Bhutan

Ani Namgyel Lhamo is a Buddhist nun from the landlocked Himalayan Kingdom of Bhutan. In this personal account, she tells her life story, describing her path to monasticism that led to her current role with the Bhutan Nuns Foundation as a proponent of empowerment and social equality for Bhutanese nuns. 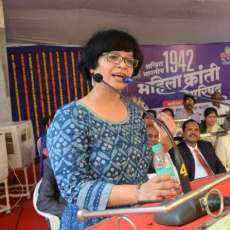 A New Birth: Walking on the Path of Buddhism

Manjula Pradeep is a Buddhist convert and social activist in India. In this moving narrative, she relates her upbringing as a Hindu and as a member of one of India’s “untouchable” Dalit communities, and the experiences and and events that led her to embrace Buddhism and to fight for social equality and empowerment for India’s most disenfranchised people. 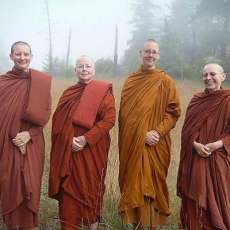 My Going Forth: A Samaneri Ordination

Ayya Adhimutti was one of the first bhikkhunis to be ordained in the Theravada Forest Tradition at Aranya Bodhi Hermitage in California in 2010. In this essay, adapted from an earlier article, she describes her samaneri ordination in 2008, and her hopes for the female sangha at Santi.