A Short History of the Buddhist Publication Society Following is an edited and revised rewrite of a text on the Buddhist Publication Society website introducing the history and background of how the BPS came to be. I was a member of the BPS  team who helped with the digitalization of the hand-typeset texts of the original books and articles. I have revised and expanded this story with the intention of introducing the BPS to the wider present-day world, especially the new generation, who may not yet have heard of the BPS.

In the 20th century, the Buddhist Publication Society became one of the world’s major publishers of Buddhist literature, but its beginnings were humble and simple, and its eventual course of broader development was fully unforeseen by its founders.

The birth of the Buddhist Publication Society came in 1957, when A. S. Karunaratna, a devout Buddhist gentleman of Kandy, Sri Lanka, decided to print and publish a small English-language booklet on Buddhism for free distribution, in memory of a deceased relative. While the booklet was still being typeset for printing, the idea occurred to him to start a whole series of such publications—small paperbound booklets, chiefly for distribution to those interested. Karunaratna discussed the project with a friend, Richard Abeyasekera, and with the well-known German-born Buddhist monk Ven. Nyanaponika Thera. Each of them received the suggestion enthusiastically, and without further formalities a new project was launched.

Originally, the founders intended to print only a limited number of inexpensive booklets on basic Buddhist principles and then end their venture into publishing, but the future held in store for their society a course of development which they could not have foreseen during their first meetings.

The formative period of the BPS coincided with an unexpected upsurge of worldwide interest in Buddhism in the 1950s and 60s and 70s, and as this interest escalated so did demand for authentic Buddhist literature.

The BPS found its first publications received with an enthusiasm that far exceeded the founders’ expectations. Encouraged by such a reception, they abandoned their original limited goal and decided to embark upon a wider, ongoing publishing program, which continued to grow as the decades passed.

Although it is only a small publishing house, located in a provincial, upcountry mountain town, the BPS has blossomed and thrived due to the selfless service of its staff and the generous support of numerous well-wishers, friends, and volunteers, who have participated from all around the world.

For the first 30 years of its existence, the society was guided by the mature, wise guidance of Ven. Nyanaponika Mahathera, who passed away in 1994 at the age of 93. From 1984 to 2002. the editorship of the English-language publications was under the direction of the American monk Ven. Bhikkhu Bodhi, who also succeeded Ven. Nyanaponika as president of the BPS in 1988. 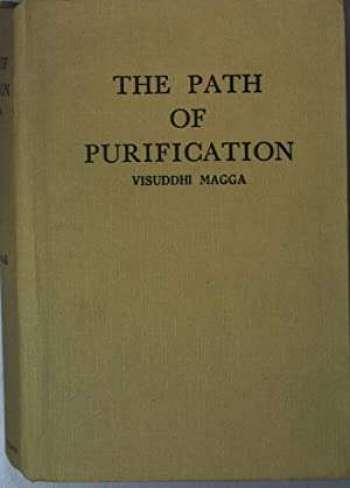 The Sinhala publications were published under the direction of Ven. Piyadassi Nayaka Thera, who passed away in 1998. From 2002 until 2005, the late Kariyavasam was the English and Sinhala editor of the BPS. In June 2005, Bhikkhu Nyanatusita accepted the English editorship and oversaw the digitalization of BPS texts to be placed and made available for free download at www.bps.lk.

The day-to-day operations of the BPS have been handled by a devoted staff who look upon their work not so much as a job but as an opportunity to express their devotion to the Dhamma.

BPS publications represent the standpoint of Theravada Buddhism, because the Pali Canon is regarded as the oldest complete collection of Buddhist texts to have survived intact. Titles published by the BPS include more than 50 full-size books, ranging from basic introductions to Buddhism to advanced works on the finer points of Buddhist doctrine and practice. Among its basic books are such classics as Narada Mahathera’s The Buddha and His Teachings, Piyadassi Thera’s The Buddha’s Ancient Path, and Bhikkhu Ñāṇamoli’s Life of the Buddha.

The BPS also published erudite, up-to-date, readable translations of some of the most important works of the Pali Canon, such as the complete Digha Nikaya and Majjhima Nikaya, the Dhammapada, the Udana and Itivuttaka. A major contribution too is a series of detailed studies of individual suttas along with their commentaries. Since 1975, the society has maintained in print Bhikkhu Ñanamoli’s outstanding translation of the Visuddhimagga, titled The Path of Purification, and for more specialized interests the BPS publishes the important A Comprehensive Manual of Abhidhamma.

The BPS is perhaps best known for its two series of booklets The Wheel and Bodhi Leaves, which were issued to all of its associate members. The Wheel consists of substantial tracts covering a wide range of topics, all the way from meditation to Buddhist perspectives on the eco-crisis. The Wheel series also includes many translations of texts from the Pali Canon. Bodhi Leaves consist of a series of shorter essays, informal in tone and expressing personal insights into the Noble Eightfold Path. A Sinhala counterpart of The Wheel, called Damsak, was issued for Sinhalese readers.

In late 1993, the BPS launched the Dhamma Dana Project, intended to give BPS books and booklets wider distribution. Under the project, the BPS distributed, free of charge, about 100 copies of each new major book publication to selected Buddhist centers, viharas, and libraries around the world, inclusive of Sri Lanka. The BPS also sent a substantial portion of new titles and reprints to various centers for free distribution among their members.

Altogether, BPS publications constitute a voluminous reference library on Theravada Buddhism. Here, it should be pointed out that as the teachings emphasized by the Theravada form the foundation for the entire Buddhist tradition, BPS publications also help those involved in the study and practice of other forms of Buddhism to discover the roots of their own traditions and gain an appreciation of the core of Buddhist doctrine common to all schools. Readers interested in having a closer look at what the BPS has published digitally for free download may visit the BPS online library. The purpose of this essay is to inform readers who do not yet know about the existence of the Buddhist Publication Society so that they may access it for their own further development.

Many think that one must learn Pali or Sanskrit to truly understand Buddhism, and they may be surprised to learn that clear translations and explanations of most of what the Buddha taught are all available in English for free download from the BPS at www.bps.lk.

The hundreds of books and articles available on this website are enough to keep the student of Buddhism occupied for the rest of their life, particularly if they learn to put the theory into practice and lead an expectation-free and happy life.