Right Effort is the sixth factor of the Noble Eightfold Path. If you are to reach a supramundane state, you must realize it through effort of the mind.

So what is Right Effort?

It is an effort that no one can make for you; you must do it for yourself. It means making an effort to arouse the energy of the mind and focusing it on cleansing the mind of its impurities, through self-discipline, so that it may be liberated to work on a supramundane level.

This may sound like an exercise of mind over matter, but it is not as difficult as it may appear. The Buddha explains Right Effort in systematic, disciplined steps, which Bhikkhu Bodhi's book The Noble Eightfold Path: The Way to the End of Suffering (1984) outlines as follows.

In Anguttara Nikaya IV 13-14, the Buddha says we must practice mental control:

These are explained as follows:

3. Dullness means mental inertia and accompanying drowsiness or mental sinking into heaviness of the mind.

4. Restlessness or worry refers to states of agitation, excitement, frenzy, or stress, which keep the mind from focusing.

5. Doubt means a lack of resolution and indecisiveness, which hinders right effort. 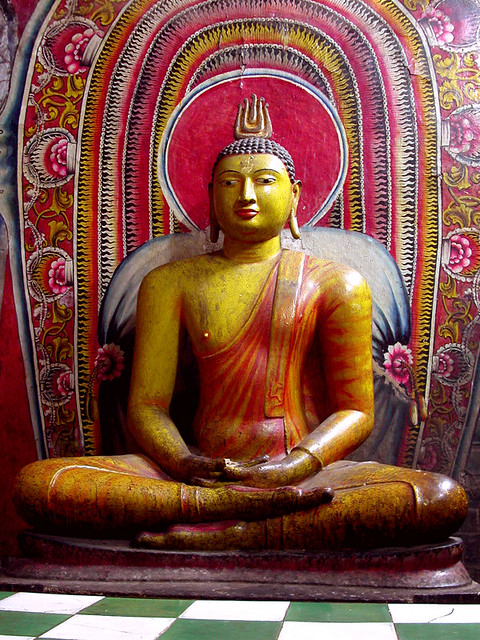 The secret is to check uncontrolled responses with controlled responses. The goal is to evoke the opposite response; for example, equanimity and focus in the place of unfulfilled desire and agitation. Practice this for long enough, and you begin to feel the positive effects of mind control—which becomes reason enough to keep doing it. When this is working, it is time to consider the next step.

Second, prevent the arising of unwholesome mental states: replace unwholesome thoughts with equal and opposite thoughts, the way the carpenter uses a new wooden peg to drive out an old one. A device you can use when your mind is agitated by a stressful worrying thoughts is to say: “I drive out this old peg with a new peg,” and picture a new peg pushing out the old one. So the picture in your mind will replace the worrying thought and push it out. This is a simple trick, but it works.

In fact, there are many forms of Buddhist meditation that replace unwholesome thoughts with wholesome ones. The Buddha taught his disciples how to ward off unwanted attachment to objects of the senses, replacing or pushing them out with thoughts of the impermanence of life or with thoughts of change, deterioration and decay of the body. Such meditation subjects are good antidotes for those who are stuck on gratification of the senses.

Loving-kindness meditation is a good antidote for hate, aversion, rancor, and so on.

Meditating on a ball of light is a good antidote to counteract dullness, drowsiness, and mental inertia.

Breath meditation is an antidote for calming an agitated mind.

Investigative analysis or inquiry is a good antidote for doubt.

Monks may change the topic when sensual and unsavory questions are raised. It is not that they want to avoid a question that is difficult to answer. Avoiding the topic is the answer—which the questioner may understand if she is perceptive. Third, arouse unarisen wholesome thoughts. Strive to stop unwanted mental states from arising, and strive to replace them with wholesome mental states. The Buddha is very specific about how this works. He explains the Seven Steps of Enlightenment as follows:

1. Through mindfulness in meditation, clear the mind of delusion and wandering, and focus clearly on objects of nature in the now.

2. Through inquiry or investigation, analyze the true nature of phenomena. In other words, once you see the object of thought clearly, make a new step to investigate its nature: “What is this thing, really, which fascinates me so much?”

3. Quicken the energy of the effort of your inquiry, shaking off lethargy and inertia, awaking enthusiasm, gathering momentum, and using perseverance, so the power of motion overcomes inertia and cannot be stopped. You push hard until you have overcome all obstacles, and you see the true nature of things, the way they really are, without delusion.

4. Enthusiasm builds to rapture, ascending to ecstatic heights, but this is a rapture that is accompanied by an excitement and restlessness of mind which needs to calm down until that restlessness is subdued.

5. Rapture then becomes a tranquillity in which the work of contemplation proceeds with self-possessed serenity.

6. Tranquillity brings concentration to ripeness and the seeker achieves one-pointed unification of mind.

7. The final state is one of equanimity in which the mind, through deepening concentration, free from inertia and excitement, becomes balanced and stays that way on its own, without effort or restraint, watching the play of phenomena.

This brings us to the last step in the discipline of Right Effort. Fourth, maintain arisen wholesome thoughts. What this means is to guard the balance of the mind and concentrate on the positive state, so it is not lost but continues on constantly, at the forefront of the mind, until the mind reaches its ultimate goal or fulfilment. In other words, keeping the mind controlled and directed on positive states.

Developing a positive balance of the mind necessitates constant effort. It’s easier to lose that balance than it is to achieve it, so it takes focused energy of mind to maintain it. (see Bodhi 57–69, 1984).