Echoes of Peace from the Hipster 50s and 60s I first picked up a sense of “peace,” as a groupie catchword, back in the late 1950s from fellow be-bop musicians in the Toronto-area jazz scene, who were accustomed to communicating in coded hipster jargon. “Peace” denoted trying not to go mad in an uncaring, cruel, crazy world. We were hurting inside and we needed consoling.

In the early 1960s, when leaving an intimate partner, we would quietly say “peace,” and our companion would understand and respond with “peace,” softly in the same tone. We were wishing one another peace of mind as opposed to feeling disturbed, troubled, tortured, crazed, or even going berserk in both body and mind.

Contemporaneous with the Beat Generation and Jack Kerouac’s The Dharma Bums*—as if with reverberations of Buddhist invocations echoing all the way down through the ages—our wishing others “peace” expressed the kind, compassionate, caring intention that friends, acquaintances, and even unknown strangers should enjoy a state of balanced, mental health and happiness.

We felt that the same benefits should apply to any and all fellow beings—who may have been suffering from a sense of the “bluey-blues” in the course of struggling mentally—both internally, within themselves, and externally within society. Then, as now, that state of infirmity was common to most of humanity, including also the many emigré, displaced persons who had fled Europe to Canada following the Second World War, and who were trying to fit in but still feeling alien, like strangers in a strange world. 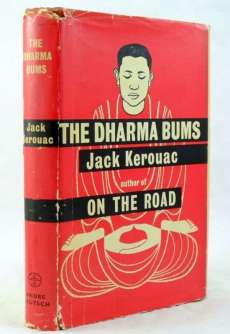 In those days in the wider Toronto area, classmates, friends, acquaintances, and everybody else, regardless of race, religion, or origin, were considered a part of the vulnerable, innocent, easily injured human race and deserving of mutual respect, heartfelt kindness, comfort, and love. It was a vaguely defined emotion: an innate, unspoken, imperative, vibrating within the heart, much as if a compassionate, creative conductor were directing the mind in full orchestral mode. How to care about everybody, which—in the beginning, middle and the end—emphasized our own hurting hearts.

We were projecting our own sense of suffering; exuding, stretching, extending, and spreading widely out and around the globe to embrace all others with fellow-feeling, as brothers and sisters needing protecting collectively. Wishing them all the same sense of human comfort and well-being that we ourselves so direly needed. Caring for others gave us a good feeling because we were reaching out and commiserating compassionately.

We were also aware of our social opposites as garish secular counterparts whose behavior was, by contrast to our own, uptight, noisy, greedy, aggressive, abrasive, indifferent, egotistical, selfish, vindictive, and worse, and who appeared to show no discernible outward signs of heartiness or happiness.

Nowadays, when I scan my more than 5,000 Facebook friends and followers, it is hard to hear any resonating, nostalgic echoes from the hipster 1960s resounding down through the corridors time, which makes me wonder what the young people of today may be thinking and feeling. I can't get under their collective skin, but I care about them vicariously because the prospects for their future do not seem to bode brightness and light.

For this reason, I wish them, together with their parents’ and grandparents’ generations, the wider arc of their friends, and all of the rest of humanity, comfort, contentment, happiness, sympathetic joy, and internal peace.

It is no longer possible to experience that same nostalgic sense of peace which empaths of my generation felt in the 1960s because the conditions of individuals’ changing internal mental worlds have obviously evolved—although many of our seniors must have become better balanced and more mature.

Looking at the economic and financial world today, watching the grasping, aggressive, contriving, conniving side of human behavior, I am aware how contemporary economic factors are becoming ever tighter, narrower, ever more restrictive. Conditions have been changing rapidly, causing contemporary consumers to experience stark feelings of anxiety and stress at the psychological level on internal personal substrates of mental doubt and disorder, and on collective external substrates of mental perplexity within our slowly dying natural environment.

At the same time—if all of the above were not already too much to have to deal with—we find ourselves forced, unwillingly, to exist right up flush in the face of a potentially pending, horrific nuclear disaster. Feeling threatened and wholly unprotected, with dreadful forebodings, too near not to fear and approaching ever closer on an inwardly advancing horizon. The Riverboat Coffee House in Yorkville, Toronto.
From knowyourgrinder.com

These days, in my old age, it is impossible to repeat the past due to the wear and tear of time and due to trying conditions that have evolved over the years. Despite such premonitions, I still wish I could share a similar sense of the warm brotherly/sisterly feeling I felt for my fellow jazz musicians in the 1960s.

Fortunately, some of us will have gradually continued to arouse the earnest mental effort to cultivate introspective development, so that our understanding and discernment will have become not only wider and clearer, but also deeper and wiser, resulting in benevolent feelings for and about ourselves and our fellow humans, with a wish for a better world for the whole of humanity.

Having had the time and opportunity to know the wider world, we will also have come to cultivate a compassionate understanding of the mental workings of the minds of fellow human beings, which allows us to reach deep down into the hearts of even society’s most badly mauled and maimed individuals. We can understand the how their internal vulnerabilities and injuries have made them, outwardly at least, seem to be nasty, mean, fearful, evil demons.

Before concluding, I would like to add that I have the wholesome desire that the selfish corporatists and billionaires, who are putting personal profit over people and insensitively continuing to ruin the precarious balance of our environment, will not ultimately be allowed to destroy the precious ecosystems that sustain all life. I hope that they will develop the good sense and discipline (or will be forced by good governance) to stop the gradual ecocide of our bio-systems merely for the sake of satisfying the momentary greed of the richest of the rich of an older generation—which, ironically, is also slowly dying. It goes against nature and common sense to allow corporate billionaires to keep holding onto and manipulating dangerous financial instruments, which are potentially damaging to nature.

When we consider the long-term damage, the cost and loss, threatening the next generation and their children on physical and mental security sides, we realize that they will have no other choice but to continue suffering, with increasing intensity, for as long as conditions continue to worsen, until they finally encounter a head-on, inevitable, unavoidable, drastic, hellish, fiery, karmic end.

* The catchword “peace” eventually took on a whole new range and density of connotations once it was taken over by the “Make Love Not War” and “Ban the Bomb” of Vietnam anti-war sentiments, but that was a hippie thing, which came somewhat later than the beatnik “bag” of my own generation.