Ethics: The Necessary Basis for Mindfulness It is a common refrain among mindfulness teachers these days that you cannot expect to sit quietly in meditation and have a pleasant experience after a day of murder and pillage. But this is not a new idea and its roots can be traced back to the early teachings of the Buddha. The idea is that mindfulness cannot be established if we live an unethical life. This should make sense: if I have spent the day arguing with loved ones and cheating on my finances, then my time meditating will be filled with concerns, perhaps shame for my actions, perhaps worry about future arguments or punishments that may come to me.

On the other hand, if I’ve done a little extra to help my partner, offered my seat on public transportation to an elderly stranger, and donated a little to a local charity, my mind might settle into peace and focus more readily when I begin my meditation.

On a philosophical level, the Buddha’s concept of anattā or not-self helps us see why this is so: when we quarrel with others, we create divisions and harden the sense of there being a “self” against others in the world. When we help others, near and far, our sense of self dissipates: we become a “we” of a family, “we” of a community, “we” of a society, and so on.

This is why the Buddha’s path to awakening is often taught beginning with ethics or conduct before moving on to mindfulness. Over the previous two articles in this column,* I have examined the early Buddhist understanding of mindfulness, or sati, and the important move to right mindfulness, sammā-sati, which initiates one onto the Buddhist path. Sati itself is considered to be a wholesome mental factor—at least in the Abhidhamma analysis that came after the death of the Buddha—but on its own, sati does not help to alleviate suffering in our lives and the world around us.

Sammā-sati, right mindfulness, is the application of mindfulness with energy and understanding. How do we get that energy and understanding? Ethics. Another often-used line from mindfulness teachers today is that meditation helps us take a foot off of our brake pedal. We “let go” of our activities that are actively slowing us down. Those activities often include ruminating about conflict and concerns about the future mentioned above. Just as we learn to actively let them go in our meditation practice, we can eliminate them in the first place through living a more moral life. 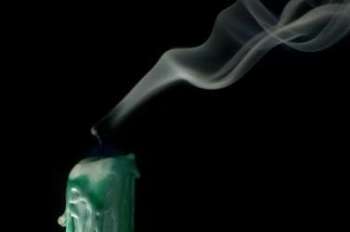 The Buddha’s prescription for this is in the teachings on sīla. Most often translated as “ethics,” there are a few interesting etymologies that can help us understand the original meaning. Perhaps the best etymology comes from the fifth century Theravāda commentator Buddhaghosa, who wrote in his Path to Purification that the meaning of sīla comes from the meaning “head” (siras) and “cool” (sītala). (Keown 2001, 49) By cultivating virtue or ethics we literally cultivate a cool head. Nibbāna, the ultimate goal of Buddhism, means to cool off, or extinguish a flame. (Rhys Davids and Stede, 362)

Stepping outside of Theravāda just a bit, British scholar and leading expert on Buddhist ethics Damien Keown notes that Vasubandhu likewise describes śīla (using the Sanskrit) as coming from the root śī in the sense of “refreshing” or having a cooling effect. (2001, 49) Scholars, such as the Poland’s Joanna Jurewicz and Oxford University’s Richard Gombrich, have carefully tied this and other images and metaphors in the Buddha’s teaching to those of his contemporaries and predecessors, namely the Brahmins of the Vedic religion that would become Hinduism. Central to many of these philosophies was the “fire” and the need to tend it or use it to destroy impurities. The character Anger from the Disney film Inside Out. The physiological image of anger causing heat in the head might be a universal human (and beyond) quality. From livingwellcounselling.ca

In practical terms, one must let go of certain disruptive and destructive behaviors in order to develop mindfulness. Our disrupted meditations can point us toward these habits and thought patterns to steer us toward more wholesome ways of interacting in the world. But then we must act. In this way it becomes a bit of an upward spiral, ever-seeing and ever-changing or refining one’s behavior and deepening one’s mindfulness. As cultural theorist Edwin Ng rightly states: “In this way, mindfulness is guided by an ethical imperative which requires the practitioner to cultivate a wise and compassionate ethos of care and engagement toward self, others, and the world.” (ABC Religion & Ethics)

Returning to the early texts, sīla’s importance to the Buddhist path is made clear in its many descriptions as a foundation for all of one’s successes in life. Buddhaghosa describes sīla as the “root of all success,” of which nibbāna is the “fruit.” (Keown, 50) In the Milinda Pañha (Questions of King Milinda), sīla is called the “basis and mark of all good things” including the path itself as well as satipaṭṭhāna, the very presence of or attention with “mindfulness.” (Analayo 2006, 236). Yet the descriptions of sīla are not always as a mere grounding for further work. Buddhaghosa also remarks: “Where can such another stair be found that climbs, as sīla does, to heaven? Or yet another gate that gives one the city of nibbāna?” (Keown, 53)

But sīla is useful even without concern for the highest Buddhist goal, nibbāna. Those who are worried that mindfulness today is being co-opted by capitalism will no doubt cringe at the first entry in Buddhaghosa’s catalogue of the benefits of sīla for the layperson: a huge pile of wealth produced through diligence (appamādādhikaraṇaṃ mahantaṃ bhogakkhandhaṃ). (Keown, 45)

As noted above and stated clearly in the Abhidhamma texts, sīla sets the stage for progress in meditation by providing the benefit of the “absence of remorse.” (Nyanatiloka 57) As anyone who meditates knows well, this is extremely important to the development of open, clear, and focused mindfulness. As stated in the Bāhiya Sutta: “What is the beginning of wholesome states? Sīla (or morality) thoroughly purified, clear-sighted, and upright.”

Given these benefits from living an ethical life, it might be surprising that the topic isn’t more popular among contemporary Buddhists, or as a topic of research for non-Buddhists in the world today, as a way that everyone can learn from this great tradition. Indeed, a few notable teachers have gained global acclaim for their ethical lives and responses to great hardship. And yet other Buddhist teachers have perhaps become a stain on the tradition through living such egregiously unethical lives.

For those interested in preserving the tradition, however, and for people simply interested in maximizing the benefits of their mindfulness practice, examining, testing, practicing, and understanding this foundation is of utmost importance.